The deceased suspect allegedly killed his seven-year-old stepson by setting his home alight. 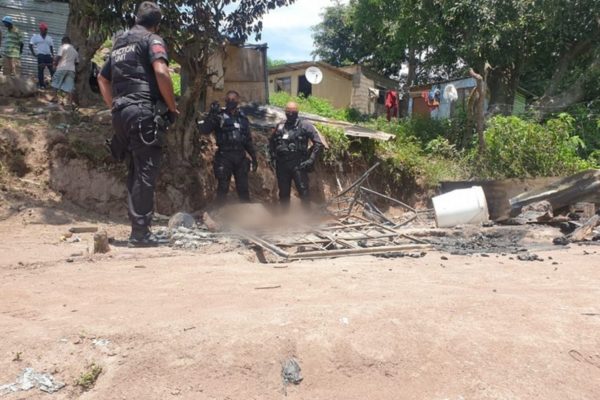 A man was beaten and set alight in a mob justice attack in KwaZulu-Natal (KZN) after he allegedly killing his seven-year-old stepson.

The incident took place in Trenance Park, near Verulam, on Sunday morning, where community members attacked the man for setting his home on fire while his girlfriend’s son was inside, according to Reaction Unit South Africa (RUSA).

“Members of RUSA responded to the area, popularly known as 2B, at approximately 10:27 after receiving reports that a man was beaten to death and set alight by the community.

“On arrival, Reaction Officers entered the informal area when the partially naked body of a male was discovered in the burnt remains of the informal home,” RUSA said in a Facebook post.

According to residents, the deceased suspect set his home alight following an altercation with his girlfriend on Saturday afternoon.

“His partner opted to spend the night at a neighbors house while her seven-year-old son attended a Christmas function with her sister.

“The woman was unaware that the child returned and was in the house alone when her boyfriend returned later the same evening and set their home on fire. He then fled the scene,” the unit further explained.

The man was then beaten to death and set alight after community members found the child’s body through the burnt and scattered pieces of the wood and iron dwelling.

“This morning, members of the community went in search of him. After locating him in the Chubbies Garage area, they returned to the scene where he allegedly admitted to setting the house alight.

“He committed to rebuilding the home and replacing the damaged goods. Community members then began sifting through the debris when they located the child burnt beyond recognition. The mob became enraged and began assaulting the man before they set him alight.”