The outgoing mayor pleaded with parliament for help, saying the department was unable to properly deal with the documentation of foreign nationals. 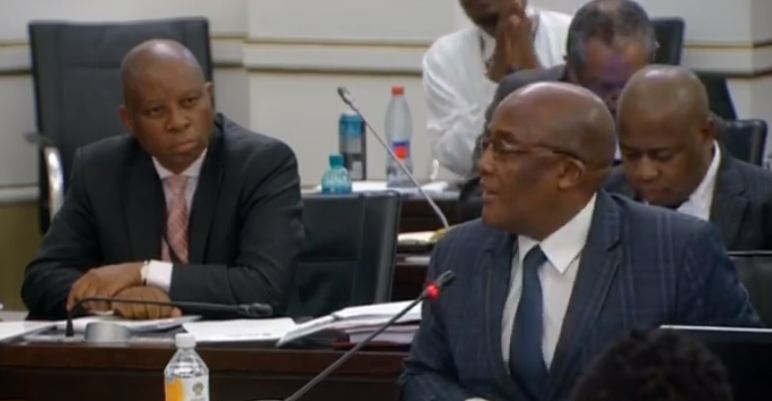 Mashaba pleaded with parliament for help, calling the department of home affairs “dysfunctional” and unable to properly deal with the documentation of foreign nationals.

He sold his parliamentary intervention as an alternative to legal action: “I don’t think it is proper in terms of intergovernmental relations to take the department of home affairs to court.”

Minister of Home Affairs Aaron Motsoaledi heard Mashaba out, telling parliament he tried his “level best” to try and understand what Mashaba wanted. He said he had always been happy to cooperate with Mashaba’s government.

According to Motsoaledi, Mashaba accosted him during a funeral in July to “bitterly” complain about how those who occupied the ministry of home affairs in the past didn’t do enough about illegal immigration.

He called Mashaba’s comments on his department “emotional” and said he would be prepared to meet with the Joburg mayor, criticising him for “running to parliament” instead of speaking to him first.

Mashaba presented a proposal on the challenges he said he inherited as mayor and on the City of Johannesburg’s “Migrant Sub-Unit”, details of which can be read below.

The day is finally here. I will be presenting my concerns on the dysfunctional nature of the Department of Home Affairs (@HomeAffairsSA), to a Parliamentary Committee.
Our porous boarders have made service delivery within @CityofJoburgZA almost impossible. pic.twitter.com/ZGNzN6KdR9

Mashaba announced his intention of taking his fight against home affairs to parliament in August, saying he had been in talks with the department over the years without success. He wrote to the committee chair, advocate Bongani Bongo, asked for a meeting to present a report on the crisis of illegal and undocumented immigrants in Johannesburg

“For almost three years, and five ministers of home affairs later, I have continuously attempted to engage the department and the ministers on the illegal immigration crisis facing Johannesburg. These efforts were made in total good faith and in the best interests of Johannesburg and its residents, sadly, for the most part, these efforts have been ignored outright,” Mashaba said.

“It has therefore become necessary to take up this crisis with parliament, in the hope that the department of home affairs will finally be held unaccountable,” he said.

He questioned whether Johannesburg should continue to budget for the provision of services to its residents when it did not know who resided in the city. He added that the city’s health department was unable to cope due to an inability to plan properly.

“The health department highlighted that between 15% and 39% of patients accessing the city’s clinics were undocumented immigrants in the city.”