A political analyst is not convinced this will be enough to increase the party's share of the vote, however. 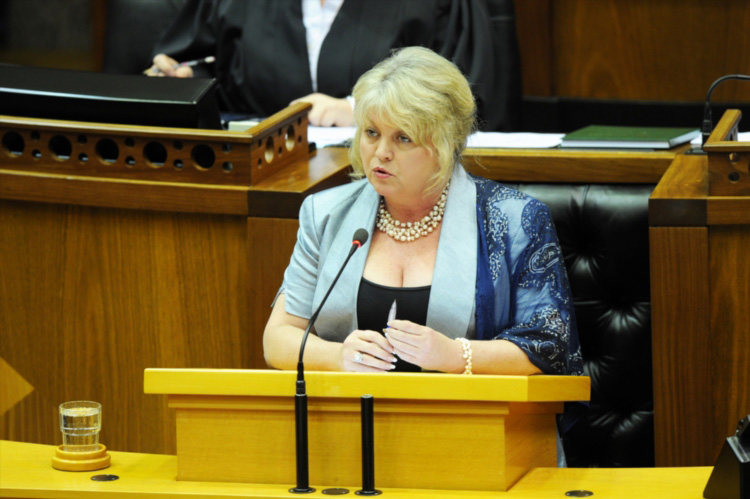 The prosecution of veteran politician Dianne Kohler Barnard for her latest alleged racist remarks is likely to become the offering of the Democratic Alliance (DA) in the party’s pursuit to woo black electorate, at the expense of its traditional minority support base.

This was the analysis of North-West University’s political science department professor Andre Duvenhage of the latest scandal to haunt Kohler Barnard – with the real potential of ending her political career within the party.

Sunday reports revealed that in a scandal kept under wraps for 13 months, the party is hauling Kohler Barnard to the Equality Court following racist remarks she allegedly uttered at a top strategic party meeting.

She is alleged to have said black youths were targeting white people on the N2 highway in KwaZulu-Natal in bridge stone-throwing attacks and that Zimbabweans must go back home as Robert Mugabe was no longer president.

Kohler Barnard, who is among the party’s top candidates, has been accused of racist behaviour before and in 2015 was expelled from the party following her recirculation of a Facebook post that called for the return of apartheid president PW Botha.

Her expulsion was subsequently overturned on condition she was not found guilty of a similar offence, which this new scandal could be deemed to be.

Duvenhage said Kohler Barnard was going to be “made an example of” this time as the party was now primarily focused on the black constituency and must be seen to be dealing harshly with racists in its ranks.

“For the first time, we have seen that the majority of the [election candidate list] within the DA is also towards black people, so clearly there are major shifts, and this shift is not going to be a good thing for Kohler Barnard.”

Duvenhage said despite its drive to woo black voters, he did not see the party doing as well as it did in 2016, saying his best prediction was it would get 20% of the votes.