Spokesperson Oupa Segalwe told News24 that Mkhwebane does not account to anyone except parliament. 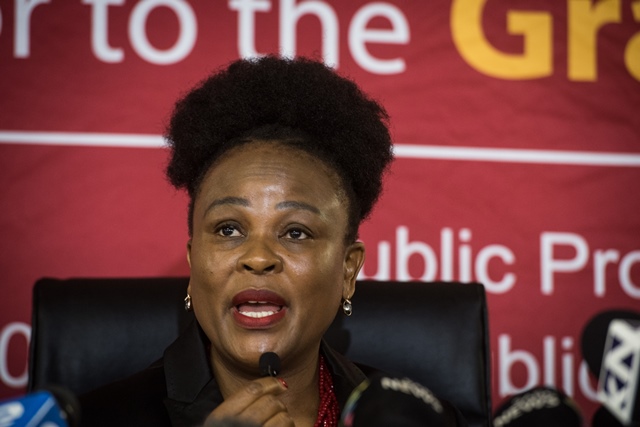 The office of the public protector said it found a complaint laid with it about Busisiwe Mkhwebane “strange”.

Spokesperson Oupa Segalwe told News24 that Mkhwebane did not account to anyone except parliament.

“Advocate Mkhwebane does not account to her deputy, nor does she answer to her staff. It’s the other way round. Someone needs to advise advocate [Paul] Hoffman SC to go to the National Assembly, where advocate Mkhwebane accounts.”

Anti-corruption organisation Accountability Now laid a complaint of maladministration against Mkhwebane with her own office on Monday.

“As she cannot investigate herself, the maladministration complaint will have to be investigated by her deputy,” a statement from Accountability Now said.

News24 reported that the organisation’s director, advocate Paul Hoffman SC, had sited the public protector’s reports, saying: “If the reports are accurate, the office has a huge maladministration problem in the form of advocate Busisiwe Mkhwebane’s utterances and actions as set out in the reports.”

Accountability Now also laid criminal charges against Mkhwebane for perjury and defeating the ends of justice, with Hoffman himself writing the affidavit.

In response to this, Segalwe said: “Regarding the frivolous criminal charges, advocate Mkhwebane – as a law-abiding citizen – will cooperate with the police as best as she can. Regards.”

In an article for Daily Maverick, Hoffman explained why they had laid the charges.

“In order to concentrate the minds of those involved in the prickly tasks of decision-making around the future of Public Protector Busisiwe Mkhwebane, and in order to inject a stiff dose of reality into the debate, Accountability Now has laid criminal charges of perjury and defeating the ends of justice against her.

“The matter will be investigated by SAPS, who have been requested to accord it urgent treatment. The charges are based entirely on the binding findings of the Constitutional Court in the costs spat between the Reserve Bank and the public protector.

“Accordingly, the police investigation is a simple one. The original affidavits in which the public protector lied on oath are safely filed in the office of the Registrar of the Constitutional Court and the judgment itself is readily available online. A completed docket can be presented to the NPA within a few days.”