Spokesperson Meg Wilson told News24 the money raised would be used towards legal costs as well as costs associated with the investigation. 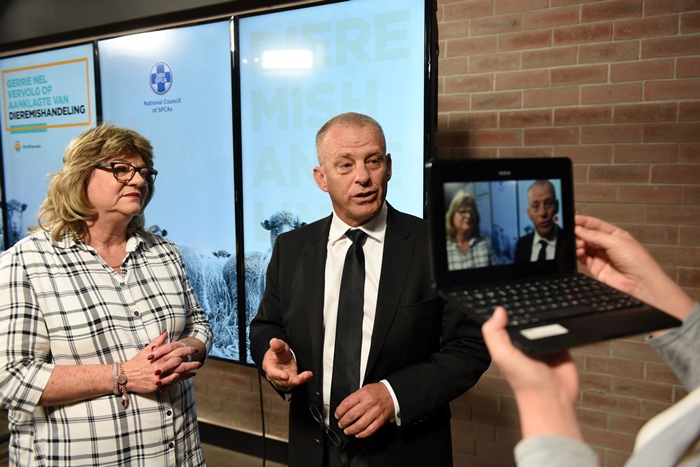 The National Council of SPCAs (NSPCA) has launched a crowdfunding campaign to assist with costs of AfriForum’s animal cruelty case against National Assembly Speaker Thandi Modise. Advocate Gerrie Nel is expected to prosecute on behalf of AfriForum.

The complaint against Modise dates back to July 2014. It is alleged that her farm was littered with the carcasses of more than 50 pigs and other dead animals, including geese, ducks, sheep and goats. In addition to this, the surviving animals were allegedly left without food and water and were in a desperate state when they were discovered by the NSPCA.

On its Backabuddy page, called “Gerrie Nel Animal Farm”, the NSPCA said it had the formidable task of ensuring the nationwide protection of all animal species from abuse, neglect and cruelty.

“One of the most effective ways to do this is through the courts. Sadly, in the fight for justice, the plight of animals is often ignored or found at the bottom of the agenda.

“With the support of the South African people, advocate Gerrie Nel will take on a high-profile case on behalf of the National Council of SPCAs in respect of inhumane treatment which led to the suffering of defenceless, voiceless animals.”

NSPCA spokesperson Meg Wilson told News24 the money raised would be used towards legal costs as well as costs associated with the investigation against Modise.

“I really hope that we will reach our target. I hope that South Africa will come together and realise that it’s not just a case of animal cruelty, it’s also a case of someone who had the resources to look after her animals and she didn’t. That is completely unacceptable and South Africa needs to take a stand to say it doesn’t matter who you are, if you abuse animals or commit a crime, you will be held to book,” Wilson said.

On its crowdfunding page, the NSPCA says a case “of this magnitude is estimated to take a minimum of 30 days and can be extremely expensive”.

“This campaign is aimed at raising funds for the ‘animal farm’ case to successfully prosecute, raise awareness and to make the point to future perpetrators that no one is above the law, irrespective of political power, money and fame.”

AfriForum CEO Kallie Kriel told News24 that the fundraising initiative by the NSPCA was launched independently and would be used to cover costs associated with the trial, such as travel costs.

“We’re not asking the NSPCA for any money to represent them. Gerrie is appearing on their behalf, but we never asked them to pay for anything.

“The NSPCA, however, felt that it would like to contribute to the costs of the case. The crowdfunding is not managed by AfriForum and the money raised will also not be paid to us. It remains the NSPCA’s money, which they will use to cover certain costs.

“It’s not a donation to AfriForum. They will be covering expenses such as transport costs directly.

“We are funded by member contributions and we do not contract our services out. When we get involved with a case, we do it for free.”

Modise appeared in the Potchefstroom Regional Court on July 22 where AfriForum handed her defence team the charge sheet.

The case was postponed to October 30 to give the legal teams time to prepare.