Magda Wierzycka stated that 'no one expected anything in return other than a well-run country'. 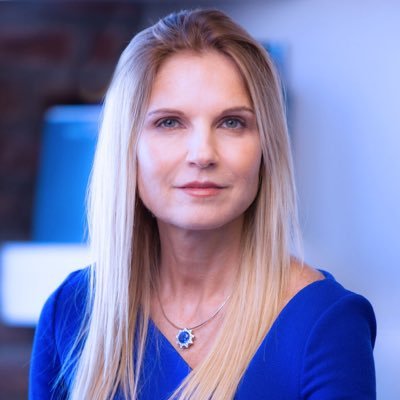 The president and the CR17 campaign have been under increasing political and media scrutiny since Public Protector advocate Busisiwe Mkhwebane released her report on the Bosasa donation saga, which also looked at the CR17 trust account, the donations received and how the money was moved around.

Drawing a conclusion on the donations and the exchanging of large sums of money, Mkhwebane alluded to a scenario of state capture.

“I wish to express my preliminary view that such a scenario, when looked at carefully, creates a situation of the risk of some sort of state capture by those donating [this money] to the campaign,” said Mkhwebane.

News24 revealed that leaked emails from the CR17 campaign showed that Ramaphosa had been consulted by his campaign managers on certain potential donors, despite consistent denials that he was involved in the fundraising efforts of the campaign.

The Sunday Independent this weekend reported that it had seen the campaign’s bank records, as well as emails and financial statements which identified the beneficiaries of the R1 billion campaign fund.

Some of the funders to the CR17 campaign include eNCA director and owner of Hosken Consolidated Investments, Johnny Copelyn, who reportedly donated R2 million, while former ABSA chief executive Maria Ramos reportedly donated R1 million to one of the CR17 trust accounts.

Responding to EFF MP and spokesperson Mbuyiseni Ndlozi, Wierzycka stated that “everyone who contributed did so to stop corruption, reduce poverty and save SA from Zuma, Guptas etc” and that “no one expected anything in return other than a well-run country…”

Everyone who contributed did so to stop corruption, reduce poverty and save SA from Zuma, Guptas etc. No one expected anything in return other than a well-run country (excl Bosasa). The other side opted for cash donations in bags. More difficult to track than legitimate donors. https://t.co/HiO84FiTZj

She continued to plead for South Africans to “allow CR to focus on delivering growth”.

Seemingly pre-empting this weekend’s release of campaign donor information, Ramaphosa approached the Gauteng High Court in Pretoria on Friday in a bid to have certain bank statements in her report sealed and not made available to the public.

In the lawyer’s letter, which News24 has seen, the president’s lawyers argue that there are questions about where some bank statements came from and how they would have landed in the possession of the public protector.

Ramaphosa’s spokesperson Khusela Diko told News24 that some of the documents belong to private entities and, on that basis, should remain confidential, as emphasised in the lawyer’s letter.

“It is our view that the documents are unrelated to the complaint the public protector was investigating and were, or may have been, obtained unlawfully,” said Diko.

The Gauteng High Court in Pretoria is expected to hear an application by Ramaphosa for an urgent interim interdict on Mkhwebane’s Bosasa report on Monday.