The EFF reiterated its call for the Cape Town International Airport to also be named after Madikizela-Mandela. 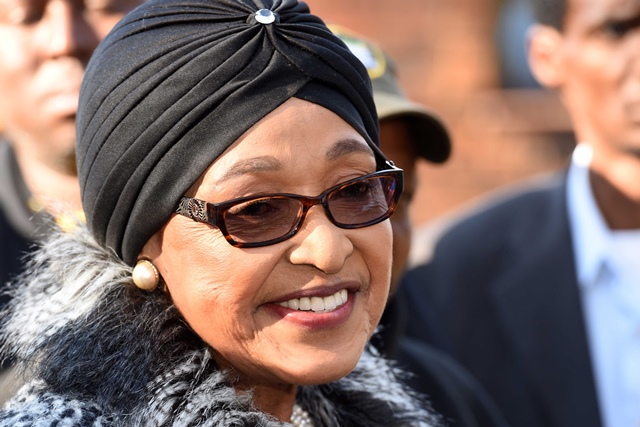 The EFF on Wednesday welcomed the decision by the University of South Africa (Unisa) to rename one of its buildings after late struggle stalwart Winnie Madikizela-Mandela.

“The enemy worked very hard over the years to erase Mama from the collective memory of our country,” said EFF spokesperson Mbuyiseni Ndlozi.

“They tried hard to bury her with unfounded allegations, but she remained as indestructible as she was in front of the brutal and murderous apartheid regime.”

The university received 263 submissions for names after issuing two calls for proposals in June and September last year.

It said at the time that all new or existing names of Unisa facilities and properties had to be aligned with the founding values of the South African Constitution and the Bill of Rights, and the vision and mission of the university.

One of the four it settled on was “Nomzamo Winnie Madikizela-Mandela”, who it described as a selfless heroine had who put the country’s citizens first.

“She was a Social Worker dedicated to the well-being of the people of South Africa, specifically the oppressed Black people. Naming the building after her will be in line with what the Human Sciences strives for; that of being a College that acts as the conscience of society-striving for social justice!” the motivation on the university’s website reads.

The EFF reiterated its call for the Cape Town International Airport to also be named after Madikizela-Mandela.

Hawks say probe Mabuyane wants to stop has already been completed
3 days ago
3 days ago
PREMIUM!

Hawks say probe Mabuyane wants to stop has already been completed
3 days ago
3 days ago
PREMIUM!