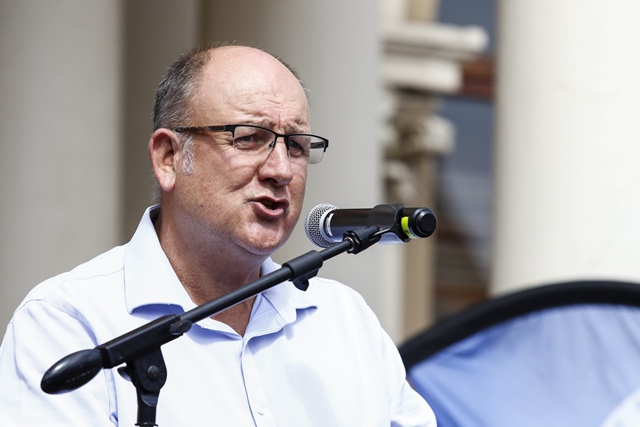 While Helen Zille believes her decision to avail herself for the federal council chairperson position is best for the DA, her rival for the post Athol Trollip says her era is over and done.

Trollip has joined Zille, former deputy chief whip Mike Waters and Thomas Walters in a race for the federal council post, which is equivalent to the position of secretary-general in the ANC.

The party will meet on October 18 to elect James Selfe’s successor.

Speaking to News24 on Monday, Trollip said while he lost the race for party leader to Zille in 2007, and was defeated by her preferred candidate for the role of parliamentary leader – Lindiwe Mazibuko – he never turned his back on the party.

“I’ve only ever worked with total commitment and dedication for this party and I believe that this will get me elected. I’m not nervous about standing against her. There is a time to come and go in politics and I believe she’s had both. I think she has herself admitted that some of her social media commentary has been damaging.”

Zille made the announcement on Friday.

Days later, the Sunday Times reported that party veteran and former leader Tony Leon had asked Mmusi Maimane, Trollip’s ally, to quit for the sake of the party.

Maimane has been under pressure since the May elections, when the DA failed to grow its support.

Since then, he has also come under fire for using a car hired by former Steinhoff chief executive Markus Jooste and declaring a R4m house in Claremont, Cape Town, in the parliamentary assets register, despite not owning the property.

An independent organisational review panel is scheduled to present a final report in full to the next meeting of the party’s federal executive meeting later this month.

The panel was established to investigate the party’s significant losses in the general elections.

According to party insiders, the recommendations would have far-reaching implications for Maimane and party CEO Paul Boughey.

Maimane took the blame for the voter decline.

The panel had recommended that the DA convene an early congress and, if so, that Maimane should not avail himself for election to allow new leaders to come to the fore, the Sunday Times reported.

Trollip could prove to be an integral component in Maimane’s survival plan if elected.

“Our losses in 2019 were disappointing but not devastating; we can come back from this and continue to grow if we maintain message discipline and policy coherence. I believe that I can ensure that this happens. Equivocation and contradictory statements lead to voter confusion and apathy. Only the DA can save SA from the ANC,” Trollip said.

‘We must stop contradicting ourselves’

He believes speaking three languages, and his successes in the opposition and in government, as mayor of Nelson Mandela Bay, have reinforced his credentials and credibility in the DA.

In what seemed like a veiled attack on his contender Zille, Trollip said race-baiting was not only counterproductive “it’s a terminal affliction for political parties”.

“Ill-discipline and personal attacks cannot be countenanced and those guilty of this must be held to account. Race-baiting in a country as diverse as ours and with our tragic legacy is not only counterproductive, it’s a terminal affliction for political parties.”

Trollip, who is known as a pragmatic and stern politician by some in his party, said he would deal decisively with those guilty of personal attacks and ill-discipline.

He added that the DA was a party for all South Africans.

“Our party is not going to change direction. We must just stop contradicting ourselves and we must avoid the pitfalls that have destroyed other South African parties.”

The party’s internal squabbles – which have been aired in the public in recent weeks as different factions fight for the soul of the party – have led to speculation of possible splits if either the so-called liberal bloc or their ideological opponents, most of whom back Maimane, should win the battle for control.

“I don’t believe that a split is imminent, but I can’t speak on behalf of individuals who make such threats. I believe that by far the majority of DA members want it to continue on its current path,” Trollip said.

‘Broken Joburg can be fixed,' says DA mayoral candidate
5 hours ago
5 hours ago

‘Broken Joburg can be fixed,' says DA mayoral candidate
5 hours ago
5 hours ago