The marches were during the height of unrest from supporters for embattled former eThekwini mayor Zandile Gumede. 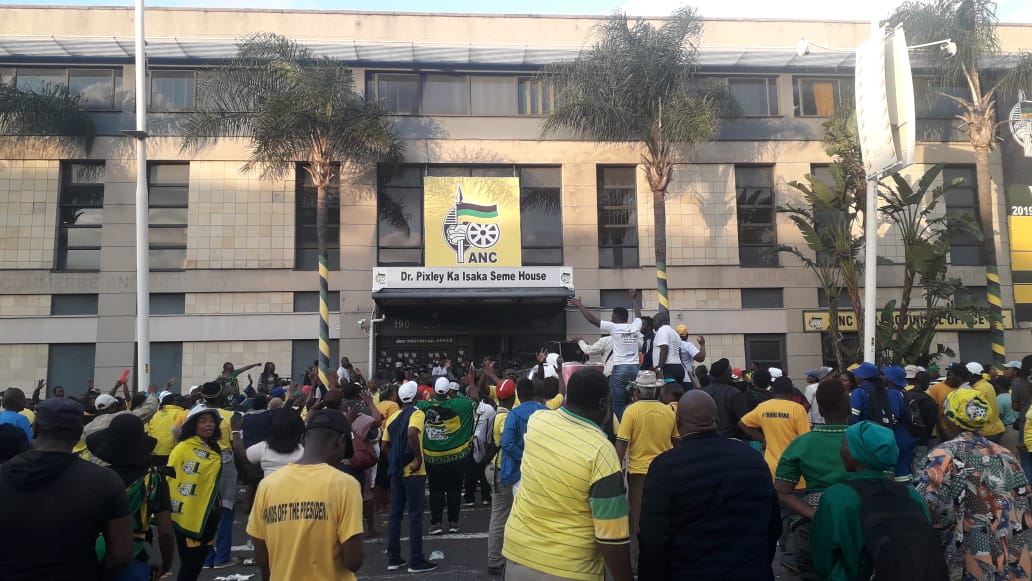 The ANC in KwaZulu-Natal has found 14 of its members guilty of wrongfully participating in marches to head offices from May to August, but has given them suspended sentences.

ANC spokesperson Ricardo Mthembu on Thursday said 10 party members had been found guilty of participating in marches to ANC provincial headquarters in May, June and July. This was during the height of unrest from supporters for embattled former mayor Zandile Gumede.

Some of the members had to also issue “an immediate public apology”.

“Further, the convicted members were each required, within 30 days, to submit a 600-word essay on democratic centralism, the negative effect of factionalism on the organisation, and the meaning of unity and renewal in the current phase of the organisation,” Mthembu said.

Mthembu said that they had received no resistance from the affected members who had “duly complied and offered an unreserved and unconditional public apology to the organisation”.

“[They are] fully acknowledging that their conduct, among other things, brought the ANC into disrepute, subverted internal procedures of the ANC, disrupted the functioning of the relevant ANC office, constituted organised factional activity and impacted negatively on the unity of the ANC.”

He said the members also committed themselves “to deepening their political consciousness and understanding of principles and programmes of the ANC generally”.

“The comrades have also expressed appreciation for the suspended sentences imposed on them, with the understanding that it is in the spirit of corrective action to help them redeem themselves and grow as members and leaders.”

At the height of the protests, the eThekwini Metro was in chaos as Zandile Gumede resisted a move from provincial and national leadership to remove her from power.

Since her removal, authorities have seized one of her properties, accusing her of acquiring the home through the proceeds of crime.

Gumede’s descent from power began shortly after she – together with councillor Mondli Mthembu, Sandile Ngcobo and Robert Abbu – were arrested.

They allegedly colluded with corporate entities and others to circumvent the outcome of the supply chain management protocols of the municipality, in favour of the awarding of new Durban Solid Waste (DSW) contracts.

As a result of being awarded the unlawful contracts, four corporate entities were paid over R230m by February 2019.

Last week, the KwaZulu-Natal Asset Forfeiture Unit obtained a restraint order to retain assets from the accused to the value of approximately R51m.

The ANC in the province however said Gumede’s recall as mayor was not linked to her corruption case, but to poor performance in the metro.