However, the IFP says it's still waiting for a final reply from the DA on its demands. 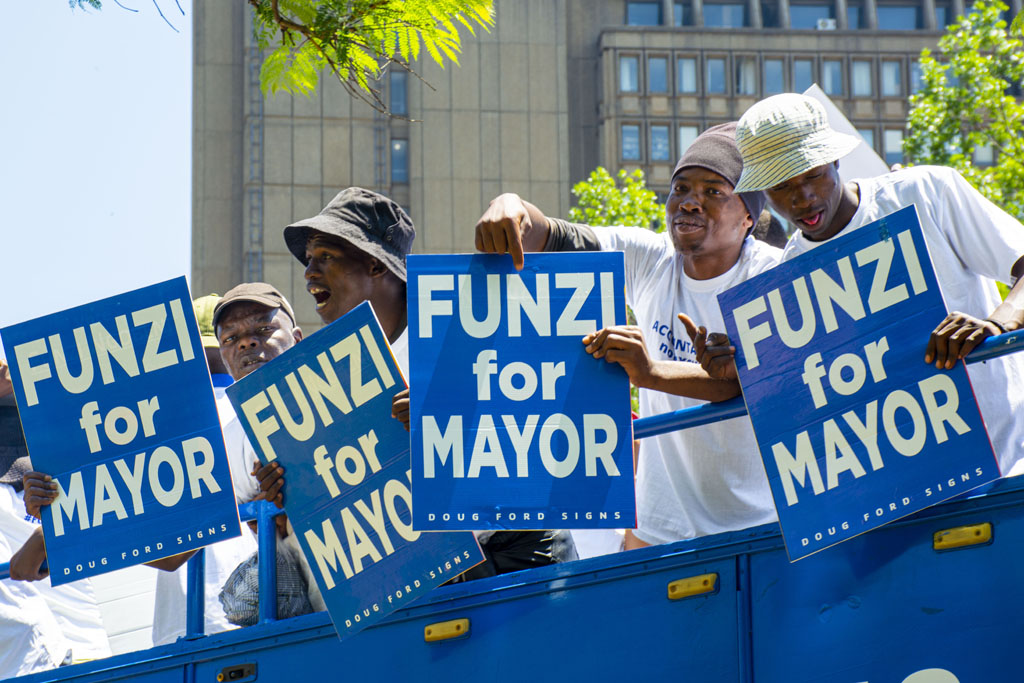 As the City of Johannesburg tries for the second time to elect a new mayor, the IFP may not have its own candidate in contention for the top job, but it will be one of the parties in the spotlight with both the DA and ANC confident of securing the support of the fourth-largest party in council.

While the EFF, with its 30 seats, carries significant weight, the IFP’s five seats will be invaluable to both the ANC and DA in their attempts to garner enough support in the hung council.

Of the 269 seats filled (one seat is vacant due to the death of an ANC member), the ANC occupies 121 of those, with the DA holding 103. The African Independent Congress (AIC), which is in coalition with the ANC in the City of Ekurhuleni, holds four seats, while six other parties hold one seat each. Every vote on offer will count on Wednesday.

A senior IFP leader in Gauteng has told News24 the party was still waiting on the DA’s decision regarding its demands.

The IFP wants to head two portfolios in the municipality, namely human settlements and transport.

“It’s very easy for us. We have told both the ANC and the DA what we want. The ANC has no problem, but the DA has asked us to wait for a decision. We are not being difficult. We want our old portfolios back,” said the leader.

He added the party was also receiving mixed messages from the DA’s leadership.

“In the province, they are telling us they will be happy to give us what we want but national leaders are saying we should wait. It shows that the centre is not holding.”

The DA maintained it had a strong coalition agreement with the IFP, with of its provincial leaders saying it had the assurance of the IFP’s national leaders.

While there have been no details regarding the ANC’s own agreement with the IFP and other smaller parties, it is understood portfolios will be shared among those organisations in its coalition.

The ANC, while confident, remains cautious about the future, with some party officials saying there was no surety the IFP would not get a sweeter deal from the DA and thus remain in a coalition with it.

“The PEC [provincial executive committee] has been in talks with the IFP. There is really no telling what they will decide. You never know. I expect the IFP will make a last-minute decision,” an ANC regional insider said.

The EFF has kept its cards close to its chest after attempting – and failing – to negotiate with ANC secretary-general Ace Magashule at last week’s sitting.

The two parties could not agree on the ANC’s mayoral candidate, Geoff Makhubo, with the EFF also insisting the ANC did not have the numbers to take over from the DA without its assistance.

City speaker Vasco da Gama postponed the special council sitting last Thursday, saying he needed to get a legal opinion on the interpretation of what constituted a majority due to conflicting interpretations of the Municipal Structures Act and council regulations.

Several small parties backing the ANC, including the AIC, Patriotic Alliance and Al Jamah, remained confident “victory was certain”. However, one leader told News24 the ANC and its smaller partners were not keen to have the EFF dictating who should be the new mayor, fearing he would be beholden to the red berets.

“It’s important to defeat the EFF tomorrow. They don’t have the support, no smaller parties and even if they hold the DA to ransom and it supports them, they won’t win,” he said.

The ANC insider, however, said the EFF should abstain from voting on Wednesday if it wanted the ANC’s support in Tshwane.

“We will not give them Johannesburg. It would be better for us to give them Tshwane if it comes to that. We must keep in mind that we have an opportunity to take back these metros in 2021. If we take over the mess in Tshwane now, the electorate will not remember what the DA has done, they will identify us with the troubles in the metro. If the EFF wants it, we can negotiate. The door is not closed,” the ANC insider said.