Mayoral musical chairs: The tumultuous week that was in three SA metros

The cliché that a week is a long time in politics has been proven true once again – this time in three of South Africa's biggest metros. 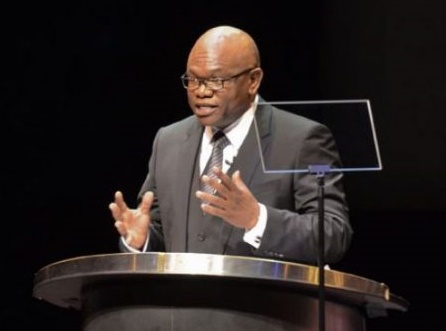 Here is the state of play in each metro:

In October, Herman Mashaba announced he will resign as mayor of Johannesburg and DA member, this after Helen Zille was elected as the DA’s federal council chairperson. A DA-led minority government, backed by the EFF, led the city.

After the 2016 municipal elections, the EFF had strong reservations about Mashaba, but by the end of the term, he was a firm favourite of the red berets.

Intense political wrangling got under way as Mashaba’s departure loomed, and after a false start the week before, the new mayor was elected on Wednesday, with the DA, ANC and EFF fielding candidates.

When the dust settled, the ANC’s Geoff Makhubo emerged victorious, bringing to an end the DA’s first reign in South Africa’s economic powerhouse. But here is the kicker: One to three DA councillors would’ve had to have broken ranks and voted for Makhubo for him to have taken the vote.

While Makhubo is popular among ANC branches, there are serious questions about an estimated R30m his company received from Regiments Capital, a firm deeply implicated in state capture, News24 reported.

AmaBhungane exposed the payments last year. It detailed how Makhubo’s firm, Molelwane Consulting, was given a 10% cut of a controversial contract Regiments received to manage the City of Johannesburg’s sinking fund, a large kitty used to provide for future liabilities.

After the 2016 municipal elections, the DA formed a minority government in coalition with the FF Plus, ACDP and Cope, and elected the DA’s Solly Msimanga as mayor with the support of the EFF.

Msimanga’s administration did not quite live up to expectations and was beset by a tender controversy. Msimanga resigned as mayor before a scheduled motion of no confidence in him could take place, to focus on his campaign to become premier of Gauteng in the May 2019 elections.

Last week, Mokgalapa went on special leave pending an investigation following the release of an audio recording allegedly of him engaging in an intimate act with Transport MMC Sheila Senkubuge, who has since resigned. The ANC and EFF brought a motion of no confidence in Mokgalapa, but the council meeting collapsed.

On Thursday, in another chaotic council meeting, speaker Katlego Mathebe was removed, and then a motion of no confidence was again brought against Mokgalapa. The DA left in protest. This time the motion succeeded.

Or so the ANC thought.

Late on Friday afternoon, the Gauteng High Court in Pretoria suspended all the resolutions passed by the Tshwane council on Thursday, including Mokgalapa’s removal from office.

This, after the DA lodged a court application to review the Tshwane special council, saying the processes to remove speaker Katlego Mathebe and mayor Stevens Mokgalapa on Thursday night were unlawful. The application will be heard on December 17.

After the 2016 election, the DA governed the municipality in coalition with the UDM, Cope, ACDP and, at times, the PA. It also had an agreement that the EFF would support their mayor who was Athol Trollip.

However, relations with the UDM soured, culminating in Mongameli Bobani’s removal as deputy mayor through a motion of no confidence after allegations of corruption, which he and the UDM have denied.

The PA also proved to be an unreliable coalition partner.

In February 2018, EFF leader Julius Malema infamously said he was going to “cut the throat of whiteness” by removing Trollip as mayor, after the DA did not support the EFF’s motion in the National Assembly to amend the Constitution to allow expropriation without compensation.

After failed attempts to remove Trollip, the EFF, ANC and UDM finally succeeded in removing him in August 2018 in a dramatic council meeting.

The ANC, UDM, AIC and United Front formed a minority coalition government, governing with the EFF’s support, with the controversial Bobani as mayor.

Allegations against Bobani mounted, and attempts to remove him were unsuccessful. Councillors also claimed they received death threats.

On Thursday, Bobani’s chickens came home to roost, as all councillors present, excluding himself and one other UDM councillor, voted in favour of his removal.

Deputy mayor Thsonono Buyeye of the AIC is now the acting executive mayor. He will be in this position until the next council meeting, expected in mid-January when a new coalition government is expected to be formed. This is expected to lead to intense horse-trading in the coming weeks. 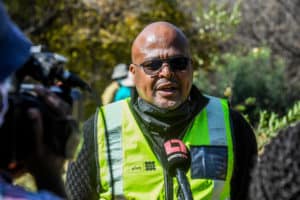 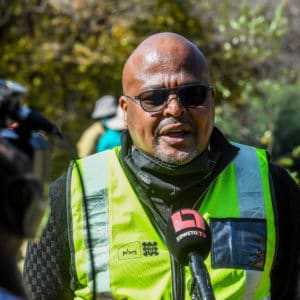 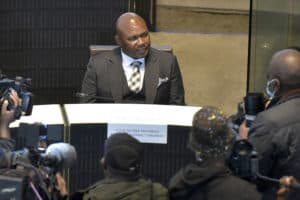 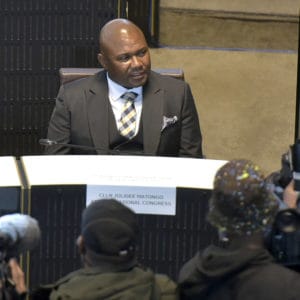