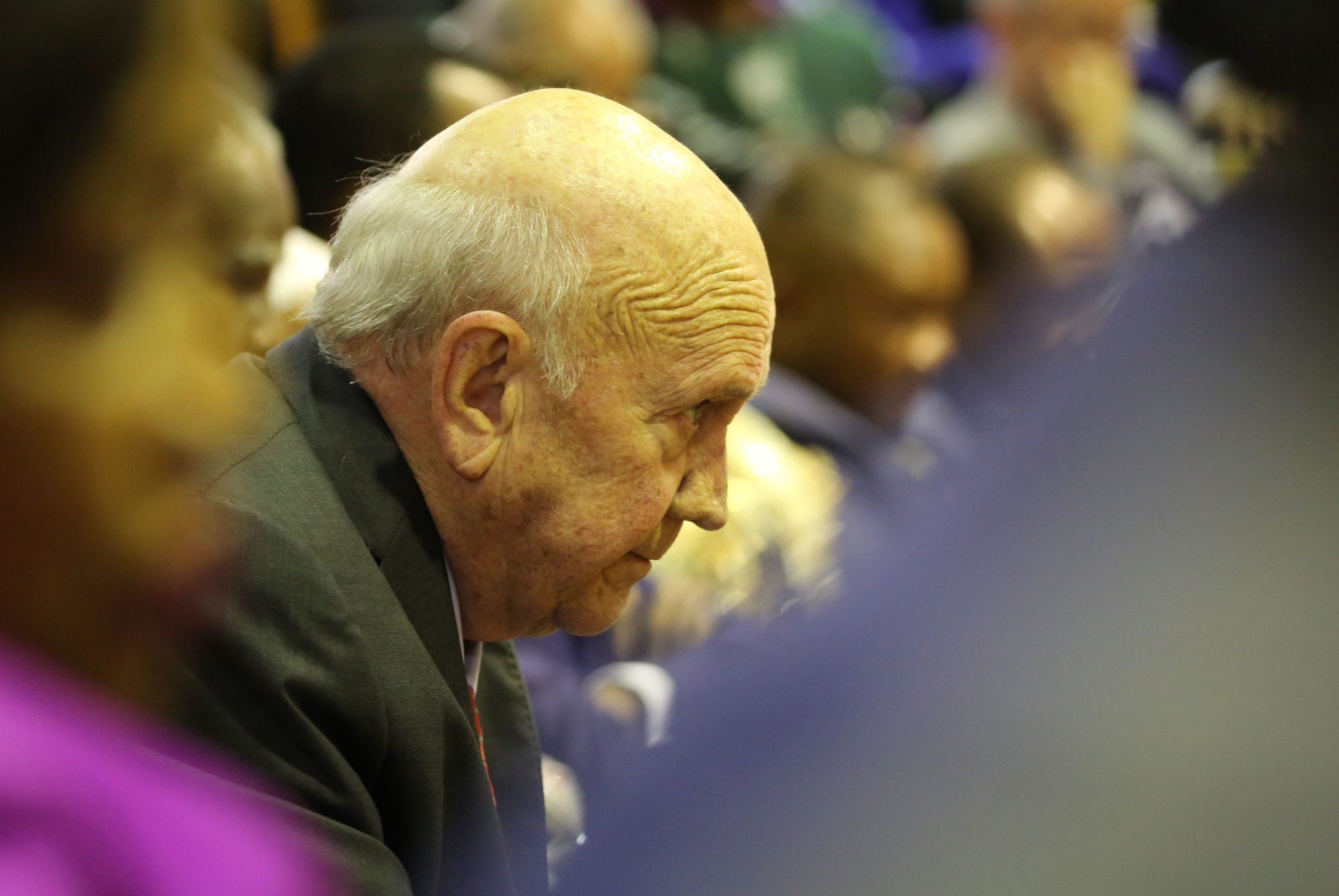 The ANC has called on FW de Klerk to commit both in words and deeds to the reconstruction and development project through nation-building in his local community.

ANC spokesperson Pule Mabe said they were calling on De Klerk to demonstrate remorse following his recent apology after an earlier statement that apartheid was not a crime against humanity.

“The sincerity of De Klerk’s apology will be tested by his posture to selflessly commit both in words and in deeds towards the advancement of the ongoing reconstruction and development project through nation-building in his local community.

“… the ANC has consistently maintained, in line with the International Convention on the Suppression and Punishment of the Crime of Apartheid, that apartheid was and remains a crime against humanity,” Mabe said.

The convention to declare apartheid a crime against humanity was adopted by the United Nations General Assembly in 1973.

“All peace-loving South Africans are expected at all times to acknowledge that coming from our deeply divided past and having invested so much in healing the wounds of our ugly past, any unfortunate and inconsiderate utterances going against the united spirit of our people is unhealthy for our young democracy.

“It is therefore expected of our elders and statesmen to carry the moral duty of helping to unite and reconcile all of South Africa’s people with an unequivocal measure of humility.

“The callous brutality, oppression, indignity and destruction that apartheid brought to millions of black South Africans should never be trivialised by anyone in our country regardless of their political affiliation, beliefs, skin colour and station in life,” Mabe said.

He said any form of denial that apartheid was a crime against humanity is an affront to the lived reality of the majority of South Africans and a complete digression from the noble cause of social cohesion.

Mabe said the democratic society is based on the values of non-racialism, national unity and an acknowledgement of the brutality and injustices of our past.

The party called on all South Africans to commit and submit to a social compact that is premised on the laws of the country.