The party has turned to the courts to challenge the lawfulness of specific lockdown regulations related to the military-enforced night curfew. 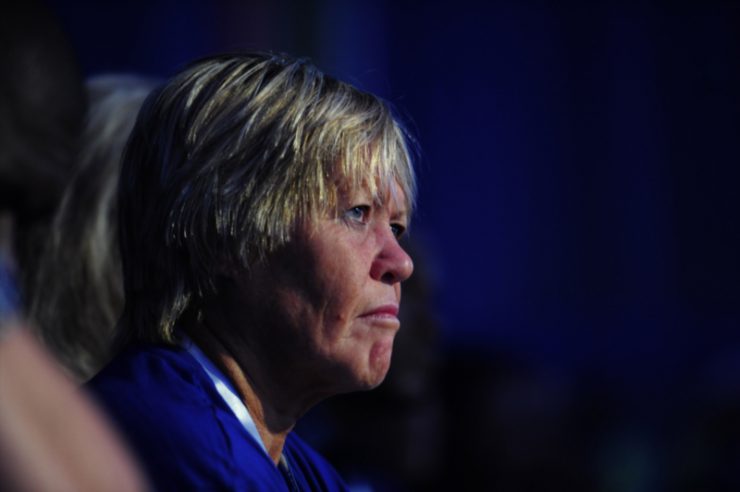 Justice Minister Ronald Lamola’s response to parliament that the daily curfew was for police to prepare for social distancing is not good enough, the DA has argued in an urgent court application.

The DA has turned to the courts to challenge the lawfulness of specific lockdown regulations related to the military-enforced night curfew, the ban on e-commerce and the restriction on exercise hours.

In court papers in the Gauteng High Court in Pretoria, DA MP and former prosecutor Glynnis Breytenbach said the party opposed the “draconian” limitations on the rights of South Africans that came at great economic cost.

Breytenbach said, while the party conceded that all the regulations appeared to fall within the areas listed in the Disaster Management Act, it was not enough for the restrictions to be lawful.

She said the curfew which came into effect in April was an unjustifiable limitation of the right to freedom of movement in Section 21 of the Constitution.

“Indeed, the scientific consensus is that it is far more difficult to spread Covid-19 outside than inside. It is only being outside in a certain way that increases a risk of spreading Covid-19,” she said, arguing that instead of restricting only the types of outdoor activity that risk spreading Covid-19, Dlamini-Zuma “has placed all of South Africans under house arrest between 8pm and 5am everyday”.

When Lamola was quizzed by members of the Parliamentary Portfolio Committee on Justice and Correctional Services over the regulations on the daily curfew and jogging, he said the National Coronavirus Command Council had decided on the regulations because “police had said that they need time to be ready to deal with social distancing”.

In the minutes of the meeting, Lamola said, the assessment was that when people finished work after 5pm, there would be a temptation to visit friends or socialise and that would increase the burden on the police during the period between 8pm and 5am.

“There could be many other points of convergence in places across the country. The police had said that they would need time to be ready to deal with social distancing and so, in the meantime, they required a restriction of movement so that the police knew, from 8pm until 5am, they would only be dealing with those who had special permits,” Lamola told parliament.

Lamola said it was the same with the issue of jogging, adding that if it was allowed all-day police would be burdened with dealing with joggers.

“This, with respect, is not good enough. I am advised that the Constitutional Court has held on numerous occasions that the state cannot permit rights to be violated merely for operational reasons or because it is administratively convenient,” Breytenbach countered.

The DA has also challenged Mbalula to justify the regulations which limit public transport between 5am until 7pm.

The DA argued that the transport regulations were simply to make life easier for police.

“Government cannot justify the limitation of a right by invoking administrative convenience, and there is no reason that the police cannot stop public transport vehicles and roadblocks after 7pm to determining whether they are travelling for reasons not otherwise permitted by the Covid-19 regulations.”

She added that transport restriction were also unnecessary, disproportionate, and in violation of Section 27(3) of the Disaster Management Act.