Malema takes son’s advice, but then gets snubbed by journalist

Malema's son has advised him to be more open. 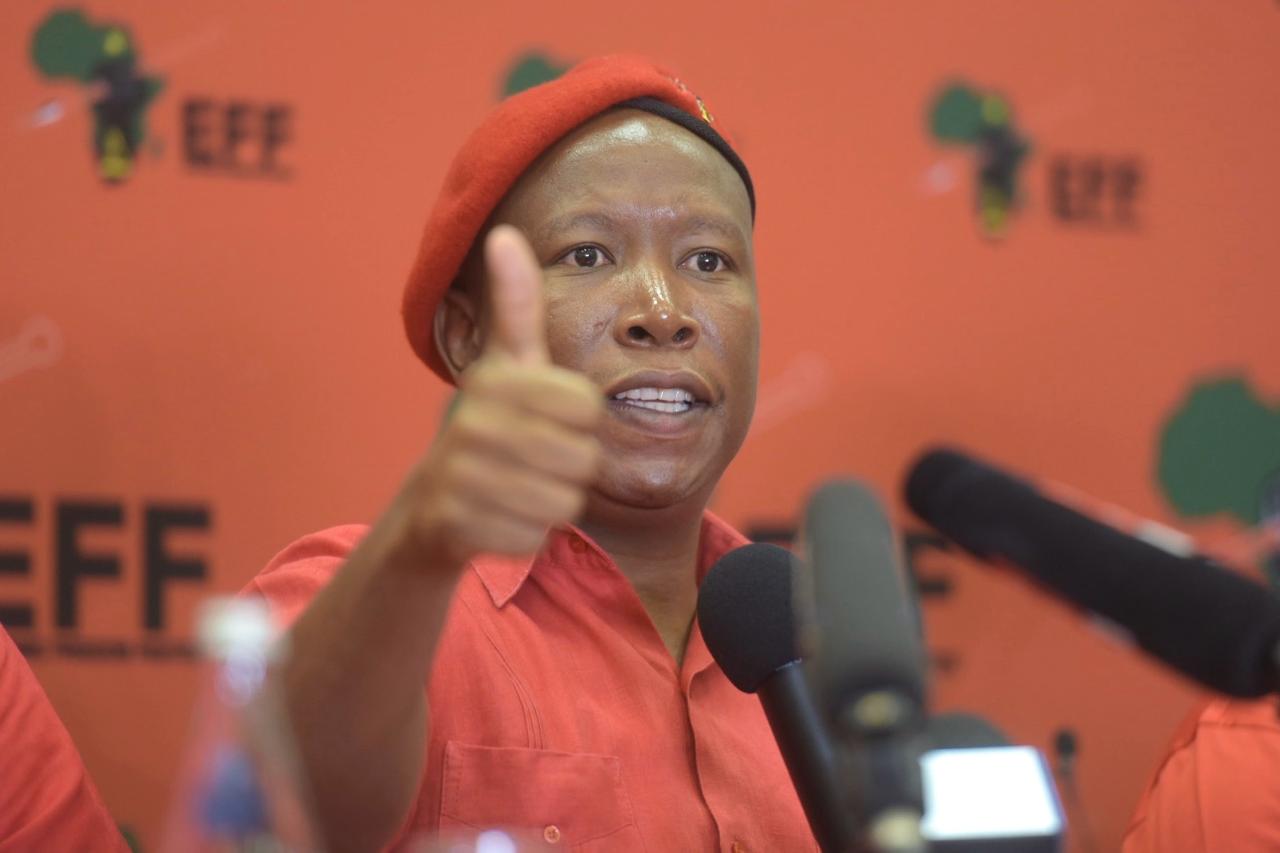 The Daily Maverick’s Pauli van Wyk says she won’t be taking part in Julius Malema’s question and answer session today until the EFF publically “unban” her.

Malema announced that on Thursday he would allow himself be publicly interrogated on the VBS Bank saga by a panel of journalists.

UPDATE: Malema: Links between EFF, VBS a smear campaign which will have ANC officials arrested

He tweeted that Van Wyk would be part of a select panel, who would be allowed to ask the EFF leader any question they wish, in particular about Malema’s alleged involvement in the VBS corruption saga.

Malema says he has now embraced a course of openness, upon the advice of his son, who he says has insisted Van Wyk should be allowed to question his dad.

“Upon advice of my son, who insisted that if @PaulivW is not amongst these five journalists, it will look like I have something to hide. I have spoken with EFF and requested that @PaulivW must also be allowed to form part of this public interrogation session of myself on anything!”

So far there is no real word from the EFF if they still consider certain journalists and publications to be “banned”.

At its elective conference last year, the EFF denied access to journalists from Daily Maverick, Scorpio, amaBhungane, Rapport and Caxton publications, among several media outlets, according to the South African Editors Forum. 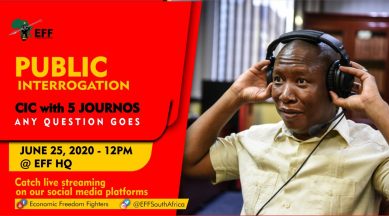 Malema tweeted that the public interrogation comes after SABC journalist Samkelo Maseko asked during an NPA briefing whether links between the EFF leader and the party and the bank were being investigated “even though there was no mention of myself or the EFF by NPA”.

National director of public prosecutions advocate Shamila Batohi recently briefed the country on the progress of prosecutions after the disappearance of over R2 billion, which led to the liquidation of VBS Bank.

Malema tweeted that following Maseko’s questioning at the briefing, he then challenged the journalist to put together five of his colleagues from media houses he trusts, who would publicly interrogate the EFF leader on the bank scandal.

“These journalists can ask whatever question they wish, from VBS, bank statements, On Point, and the so-called collapse of Limpopo,” Malema tweeted.