The ANC made a surprise announcement before the vote that it would not be fielding any candidates. 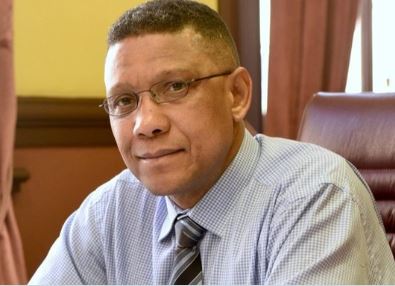 DA’s Randall Williams has been elected as the new executive mayor of Tshwane. Out of 125 votes, 97 were in his favour, 25 for EFF’s MoAfrika Mabogwana and one spoilt vote. Tshwane ANC abstained their votes.

The ANC made a surprise announcement before the vote that it would not be fielding any candidates.

ANC regional chair Kgosi Maepa announced the ANC would not be participating in the elections calling them a “sham”. Even though the ANC has elected not to participate, the council has reached a quorum which means voting will go ahead.

It was also announced during council that former DA mayor Stevens Mokgalapa had resigned. Mokgalapa was removed as a mayor after a leaked sex tape surfaced on social media involving him and a former MMC Sheila Senkubuge at the city’s offices. This led to a vacuum at the mayor’s office.

Immediately after his resignation was announced, one EFF councillor shouted that Action SA was taking DA leaders away from the party.

On Tuesday, Tshwane speaker Katlego Mathebe resumed her duties following an intense legal battle that was borne out of the Gauteng executive council’s decision to dissolve the council in March, News24 earlier reported.

This saw the City of Tshwane remaining leaderless politically for most of the year.

In March, Gauteng Premier David Makhura announced the executive council in the province was invoking Section 139(1)(c) of the Constitution. It meant an administrator would be appointed to run the city’s affairs and fresh elections would be held within three months.

The DA decided to challenge the case in the Gauteng High Court, arguing Makhura and his exco had dissolved the council for political reasons. And in April, the court ruled in the DA’s favour and found the decision to dissolve the council unlawful. Makhura then appealed the judgment in the Supreme Court of Appeals which dismissed the application.