Those who say only SA citizens should be vaccinated are ‘irreparably foolish’, says EFF

ActionSA leader Herman Mashaba says he does not understand Ramaphosa's announcement that everyone will be vaccinated. 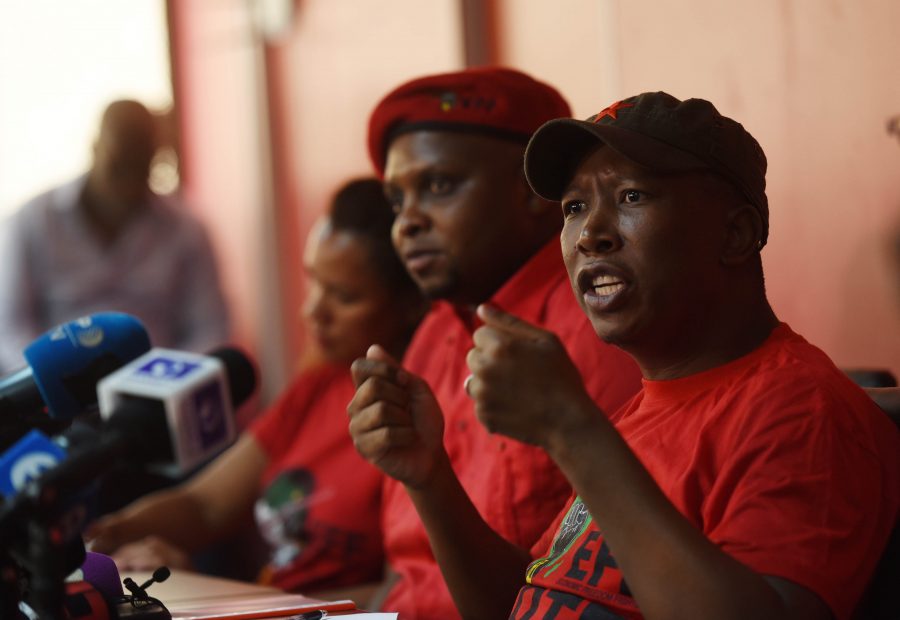 The Economic Freedom Fighters (EFF) has welcomed the arrival of the Covid-19 vaccines from India on Monday, and lauded President Cyril Ramaphosa on some of the measures he announced to curb the spread of the virus.

According to the EFF, vaccine distribution should not be left in the hands of provincial governments, as that would open room for corruption.

“Under provincial governments, vaccines will be misallocated and distributed to friends and relatives of politicians at the expense of healthcare workers who need the vaccine the most.”

It further called on the country to ensure every African has access to the vaccine, slamming anyone who advocated against such as a fool.

“Anyone who suggests that the vaccines must be administered to South African citizens only and to the exclusion of our African brothers and sisters, should be dismissed with contempt and characterised as irreparably foolish.”

This as ActionSA leader Herman Mashaba said he did not understand Ramaphosa’s announcement that everyone would be vaccinated.

Overall relieved with lifting of some measures, but need to understand two announcements:
1. Special Recognition of Cuban Doctors when some South African one are still unemployed
2. South Africa taking responsibility for the Vaccination of undocumented foreigners

While the country celebrated the first batch of vaccines that arrived on Monday, the Democratic Alliance (DA) said that the first vaccines arriving “two months late” was a failure, not an achievement.

“With no significant vaccine arrivals until May and the bulk of what we can expect this year only arriving towards the end of the year, we find ourselves staring at a third wave come winter and with it another lockdown.

“But we have come to expect so little from the ANC that the arrival amid much fanfare, two months late, of vaccines for just 0.8% of the population is seen as a good news story,” it said.

The party reiterated its its call on government to provide an “explicit, comprehensive procurement” and rollout plan to enable civil society to monitor its performance.

“We cannot afford to give government the benefit of the doubt. And we cannot afford the vaccine programme to be sabotaged by politically connected elites, under the guise of ‘transformation’, as we saw with PPE procurement. We need to know that experienced, reputable companies are handling distribution.”

While the party welcomed the lifting of the “nonsensical” beach ban and the easing of alcohol restrictions and curfew, the announcement came “too late”, said the party.