DA chief whip Natasha Mazzone says South Africans have a right to know which MPs have cases pending against them. 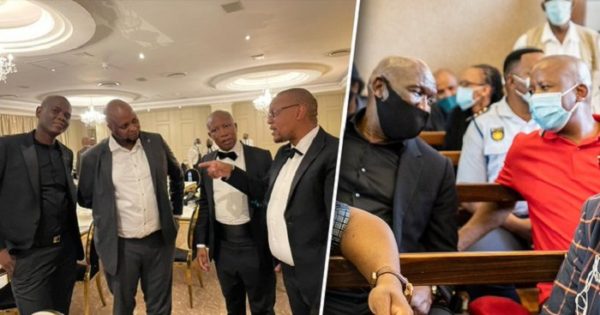 The DA has accused Police Minister Bheki Cele and Justice Minister Ronald Lamola of cozying up to the EFF.

The DA has accused Police Minister Bheki Cele and Justice Minister Ronald Lamola of not answering the party’s written parliamentary questions about ongoing criminal complaints and civil cases against MPs of the EFF.

It said this strongly suggests the ministers are protecting EFF members.

DA chief whip Natasha Mazzone on Tuesday said she submitted questions to Cele and Lamola on 5 March 2021 requesting the names and details of the EFF parliamentarians. She said she was yet to get a response within the stipulated 10 working days Cabinet ministers are required to respond to written questions.

“We know there are civil and criminal charges that have been laid and we want these details made public. These are public representatives who have sworn an oath of office and therefore the public have every right to know what is going on with MPs, especially with regard to criminal and civil action being taken against them,” Mazzone told The Citizen.

“South Africans have a right to know with every single member of Parliament, who has a case pending against them and what the reasons for the case is,” she said.

Among the criminal complaints the DA has laid over the years against the EFF include allegations about its leaders’ involvement in the looting of VBS Mutual Bank, for the incitement of violence in the wake of unrest in Senekal in the Free State in October 2020 and for the party’s nationwide action to shut down Clicks stores in September 2020.

Mazzone said a recent picture on social media of Lamola at a social event with EFF president Julius Malema and second in command Floyd Shivambu was concerning, given the pending cases against the party and its leaders.

When a picture tells a thousand words and explains so many situations ????????????we see you, you’re getting too comfortable. Omertà never lasts. pic.twitter.com/zJC6Myc4Qk

“We have also seen pictures posted recently on social media with Minister Lamola enjoying a social occasion with EFF members, most especially Mr [Floyd] Shivambu and Mr [Julius] Malema and that is not healthy in a democracy when you know very well  there are members implicated in certain issues… that is not correct, that is not proper and we have a right as South Africans to be very concerned about this kind of behaviour,” Mazzone said.

She said this showed  poor judgment on Lamola’s behalf given his responsibility as a Cabinet minister in charge of the administration of justice.

“I don’t care if they were all in the ANC Youth League together. They’re not in the same political party together any more and you should not be fraternising with people who you, in fact, should be investigating. It sends a very bad message out to the South African public that certain people are getting preferential treatment over others,” she said.

Mazzone said the DA would submit its questions for oral reply in the National Assembly when Parliament reconvenes in May in order to force both Cele and Lamola to expose the EFF in public.

“The House only sits again on 4 May 2021 and it will be done as a matter of urgency when the house reconvenes.”

The Citizen contacted both ministers’ spokespeople for comment and this story will be updated once they reply.