Helen Zille: Maimane was needed as ‘alternative’ to Malema

No human being is ever an experiment, says former DA leader. 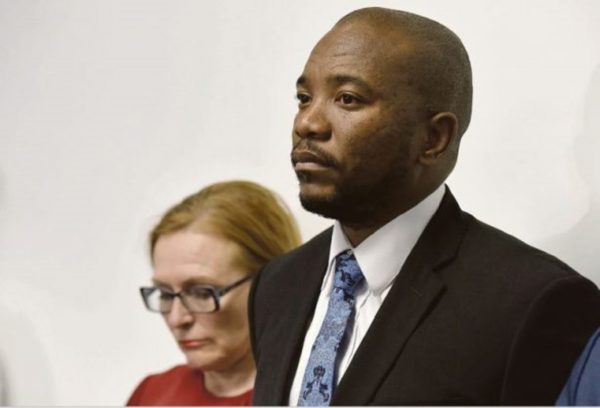 Former DA leader Mmusi Maimane announces his resignation from the party, with Helen Zille in the background in Johannesburg on 23 October 2019. Picture: Neil McCartney.

DA federal council chairperson Helen Zille says she does not think Mmusi Maimane’s election as the party’s leader in 2015 was part of an experiment.

Instead she believes Maimane was the perfect fit for the DA as the party was looking for an alternative to EFF leader Julius Malema at the time.

“I thought at the time with all the information I had, Mmusi was the absolute right fit. He was young, very telegenic [and] very charismatic. He could deliver a speech far better than I could. And I really felt in the context at the time, we needed an alternative to Julius Malema,” Zille said on Thursday in a wide-ranging interview with Radio 702.

“I felt if we really needed a strong alternative to the racial, nationalist populism and anti-constitutionalism of the EFF, what we needed was a young dynamic [and] charismatic person who believed in non-racialism, constitutionalism, the rule of law [and] he was perfectly qualified. He had a degree in business administration and in theology. In fact, a master’s degree in both.

I just felt he was the right fit and his whole personal life spoke of non-racialism. I really genuinely thought he was the perfect fit.

Zille’s comments come after the controversy when former DA leader Tony Leon’s said earlier this month that Maimane “was an experiment that went wrong”.

Leon made the remarks during an interview with News24 in which he said the DA’s first black leader had never devoted himself to the party’s liberal ideals before joining.

Zille said he disagreed with Leon’s views, saying “no human being is ever an experiment”.

“I believe every human being is on earth for a reason and that we have to find our purpose and live it,” she said.

The former DA leader said even though the party never saw her as an experiment, she believes she was one.

“If you look at my life you will see how big of an experiment I was for the DA. They put me as the mayoral candidate [and] I was then in charge of a very complex seven-party coalition, and that was really difficult to run. And then at the same time, they made me the leader of the party. Now that was a massive experiment.

“I don’t think the DA viewed me personally as an experiment because no human being, as I said is an experiment. But they viewed having a mayor as a leader concurrently as a huge experiment, risk and trial run that could have easily gone wrong,” Zille said.

Zille also said she believes that the future of SA politics will be a choice between the DA and the EFF as the ANC would disintegrate over the next 10 or 15 years.

“I think it will disintegrate over the next 10 or 15 years completely and politics will be a contest between the EFF and DA,” she said.