The EFF says it is worried the months preceding the local polls on 27 October will be characterised by further lockdown restrictions on public gatherings. 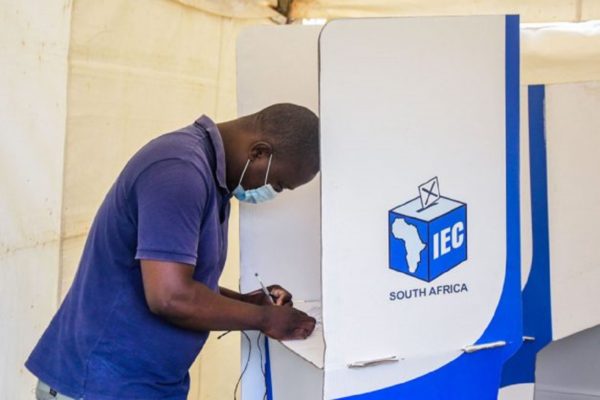 The EFF has reiterated its concerns over the country’s ability to conduct free, fair and safe local government elections in October amid fears over the third wave of the Covid-19 pandemic.

This follows President Cyril Ramaphosa’s address to the nation on Sunday evening in which he placed the country on alert level 2 effective from Monday.

Among the restrictions under level 2, the national curfew will run from 11pm to 4am. Gatherings will be limited to 100 people maximum, with no more than 50% capacity allowed in smaller venues.

The EFF said it was worried that the months preceding the local polls on 27 October 2021 will be characterised by further lockdown restrictions on public gatherings. The party believes this will negatively affect political parties’ ability to campaign and rally their supporters ahead of the elections.

“We want to make it categorically clear that there is no election that is free and fair where political parties and the general populous are restricted at the level of campaigning and interaction.

“The decision to hold elections in the face of a pandemic that demands we alter our way of life is to deprive the poorest of the poor in this country from engaging with political parties and the electoral process meaningfully,” said the party’s national spokesperson Vuyani Pambo in a statement on Monday.

During his address, Ramaphosa said gatherings were the greatest sources of transmission of the virus.

The president said while the country is headed towards the third wave of Covid infections, “we do not yet know how severe this wave will be or for how long it will last”.

The EFF said it believes that any “attempt to hold the elections under these circumstances is an attempt by the government to retain power through a manipulative use of the pandemic, in order to suppress political-opponents the opportunity to engage the electorate”.

The EFF has been calling for the elections to be postponed due to the pandemic and the Independent Electoral Commission (IEC) this month appointed former deputy chief justice Dikgang Moseneke to lead a process to decide whether the country can hold free and fair elections in the present circumstances.

The EFF said Moseneke should take into consideration the conditions prior to the election date as this will help determine whether the elections will be free, fair and safe.

“The EFF will continue to engage in political activity particularly as it relates to the forthcoming local government elections. We will do this through the continued establishment of organisational structures, door-to-door campaigning and rallies.

“It is our firm belief that the declaration of the elections means there can never be restrictions that seek to dictate to political parties how they conduct their political campaigns, in relation to their constituencies. Any attempt to do that would amount to fascism and the suppression of democratic activity, precisely because restrictions may affect electoral outcomes.”

At the same time, the EFF has criticised the government for its slow pace of administering Covid-19 vaccines.

The party said, “in light of the utter failure of this government to vaccinate even a million people in the space of over a year, stricter lockdown conditions are the only reasonable measure to protect human life”.

“And this advice has been decisively ignored. It is for that reason that we today find ourselves in the same situation because restrictions were prematurely erased without any scientific intervention at the level of vaccination to achieve immunity in the population,” said the EFF.

“The embarrassing and pathetic pace of vaccination in South Africa, coupled with rampant corruption and lack of pharmaceutical capacity in this country, means we will be in a permanent back and forth in restriction levels of lockdown.

“There is no verifiable indication that SA will ever conduct mass-scale vaccinations, and Cyril Ramaphosa continues to make empty assertions of millions of vaccine doses that have been secured, yet never materialise.”

READ NEXT: Pressure mounts on Ramaphosa to act against Mkhize over Digital Vibes scandal