Former president Jacob Zuma addresses his supporters outside Nkandla on the day he was meant to go to jail following the finding against him. 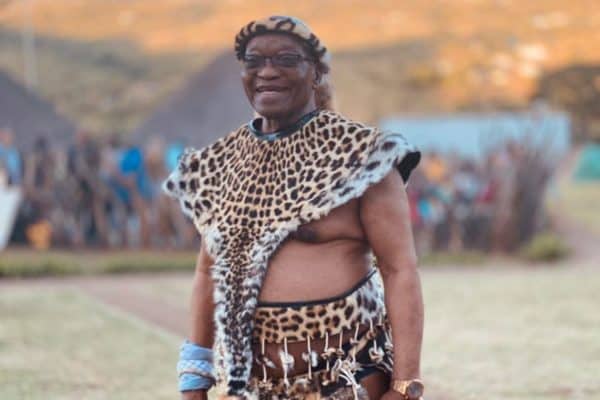 Former president Jacob Zuma is addressing supporters outside Nkandla on the day he was meant to go to jail following the finding against him that would see him spend up to 15 months in prison.

The Constitutional Court (ConCourt) on Tuesday found Zuma guilty of contempt of court over his refusal to take the stand at the state capture commission despite a court order.

Justice Sisi Khampepe, the acting chief justice, delivered the unprecedented majority judgment, saying there could be no doubt Zuma was in contempt of court.

Zuma was ordered to report to the Nkandla or Johannesburg police stations within five days to start serving his prison sentence.

Additionally, the order granted police the power to arrest Zuma had he not turned himself in by Sunday.

On Saturday, the ConCourt agreed to hear Zuma’s contempt of court rescission application on Monday, 12 July 2021.

The decision comes a day after Zuma’s legal team filed an urgent application to reverse the finding against him.

Supporters have been gathering outside Zuma’s Nkandla homestead in the days following the ConCourt judgement and even vowed to stop police from arresting him.

Concern has been expressed over the legality of the gatherings as they go against lockdown regulations. The country is also in the midst of a third wave of Covid-19 infections as the Delta variant of the Coronavirus wreaks havoc.

Police Minister Bheki Cele’s spokesperson Lirandzu Themba said that the police were still investigating the case of non-compliance with the Disaster Management Act, and defiance of the Covid-19 regulations.

Police presence is expected to escalate substantially as the day progresses.

In a statement released later on Sunday by the National Joint Operatinal and Intelligence Structure (NatJOINTS), spokesperson Brigadier Vish Naidoo said operational capacity in KZN was enhanced to respond to throngs of Zuma supporters “undermining the authority of the State”, and of Disaster Management Act regulations.

Naidoo said any situations where responses by security forces may result in injury or loss of life, a criminal case would be opened “against those that have created such situations”, and that “criminal action” would follow.

Zuma takes a jab at judiciary, says he will not hand himself over to police

NPA doctors say Zuma is fit to stand trial, so why isn't he in court?
23 hours ago
23 hours ago

NPA doctors say Zuma is fit to stand trial, so why isn't he in court?
23 hours ago
23 hours ago