The party says it is crucial that this process is not manipulated for personal or political gain. 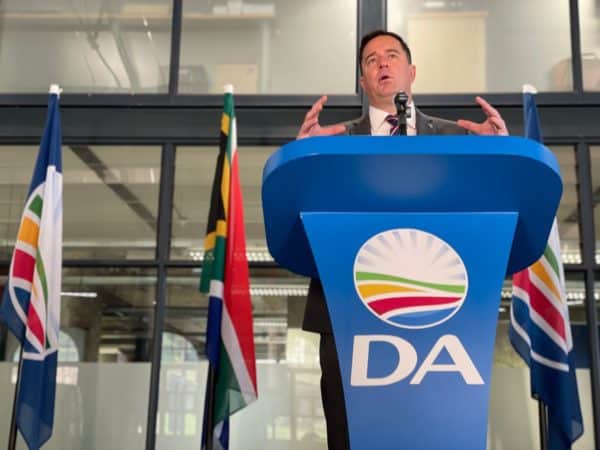 The Democratic Alliance (DA) will be taking legal steps to have the decision to grant medical parole to Jacob Zuma reviewed.

The party believes the decision to release the former president on medical grounds was patently unlawful.

“We will, by way of an application to the court, seek the record of decision that led to the granting of this parole,” said DA leader John Steenhuisen.

The embattled National Commissioner of Correctional Services, Arthur Fraser, is believed to have signed off on the parole application by abusing his power to override the decision of a review panel.

The process for medical parole includes obtaining a full medical report by independent doctors, over and above Zuma’s own doctors.

“This report would need to be presented to the parole board and the relevant doctors, and only then can the commissioner use his discretion to override the decision. Our review will seek to determine whether these steps took place and were in the correct order,” said Steenhuisen.

The party said it is crucial that this process is not manipulated for personal or political gain – particularly following the debacle 12 years ago when corruption-convicted Schabir Shaik was granted medical parole on equally spurious grounds.

“If our suspicions are confirmed by this record of decision, it will prove once again why the ANC should not be allowed to deploy its cadres to key positions across the state.”

The party also believes Fraser should have never been promoted to prisons boss because of his murky past as Zuma’s compromised spymaster.

“It is highly unlikely that his deployment was a coincidence. He is there to do the ANC’s bidding,” concluded Steenhuisen.

Spokesperson Singabakho Nxumalo said: “Apart from being terminally ill and physically incapacitated, inmates suffering from an illness that severely limits their daily activity or self-care can also be considered for medical parole.”

Nxumalo said Zuma’s medical parole placement meant he would complete the remainder of his sentence “in the system of community corrections”.

The former president is obligated to comply with a specific set of conditions and will be subjected to supervision until his sentence expires.