ANC’s Mabe questions ‘strange’ timing of corruption allegations against him

ANC spokesperson Pule Mabe says the corruption allegations levelled against him are intended to distract him from his work ahead of the local elections. 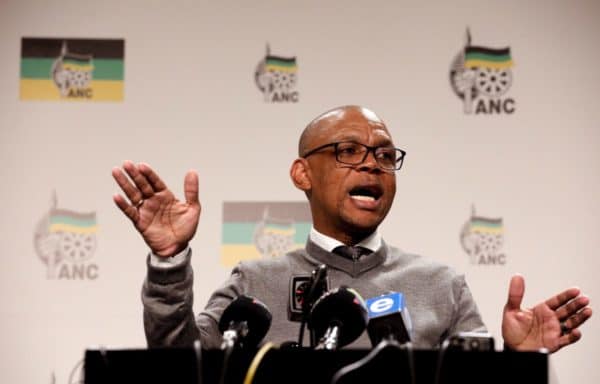 At the weekend, the Sunday Times reported that it had seen a report sent by the Special investigating unit (SIU) to Gauteng Premier David Makhura almost two years ago, which found that ANC spokesperson Pule Mabe was a director of Enviro Mobi, a company that received a questionable contract to supply 200 three-wheeler motorbikes, known as karikis, to 58 waste pickers in Ekurhuleni.

Mabe denied any wrongdoing on his part and has questioned the timing of the report by the publication, when asked by Newzroom Afrika on Monday afternoon.

He said the publication’s article was part of attempts to disrupt ANC members from doing their jobs, especially in during campaigning ahead of the upcoming local government elections set for November.

Mabe has since warned the media not to be drawn into factional political battles.

“The point we need to address is that we need to be careful, especially media people, you must be careful not to be cohosted [sic] into factional battles that [are] played in political parties.

“It is strange that work done in 2019, where I was not even questioned about my role and everything else, has to be written about only in September when other publications have done this story sometime back in April.”

Mabe has since denied the existence of any report where he is implicated in corruption and said he would not be drawn into the trap of distracting him from doing his work.

He said there has since been no authority or state institution that has contacted him regarding corruption.

“I am not implicated anywhere. It’s only yourselves in the media who are asking me these questions.

“There is no authority who is an institution of the state that has ever put forward a question to me about the stuff that yourselves are asking in the media, so I am not going to fall in the trap of answering things that have been peddled.

“If there is anyone who sits with the report where I have been implicated they are welcome to bring that report and say this is a charge office or police station that you must be going to.”

He said the ANC was now focused on the upcoming elections

“We are not going to be sidetracked from doing the work we need to do for elections and having to answer such things that [have] nothing to do with our work,” said Mabe.