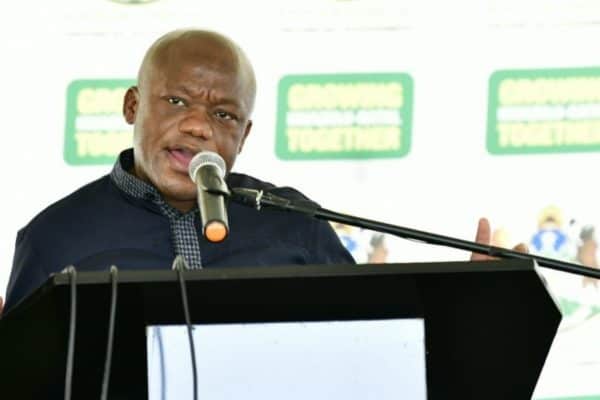 The KwaZulu-Natal provincial government has issued a strongly worded statement in response to a recent statement by the Inkatha Freedom Party (IFP).

In a statement titled ‘Why is the ANC hellbent on alienating the Zulu king?’, the IFP expressed their displeasure at what they called “the offensive behaviour of the ANC Government towards the monarchy in KwaZulu-Natal.”

“Proposals have been tabled by the ANC in the Rules’ Committee of the KwaZulu-Natal legislature to scrap the guard of honour which salutes the King, and to compress the two-day opening ceremony of the legislature by discarding the day specifically set aside for the King’s address. The intention is to combine the King’s and the Premier’s speeches. This shows utter disdain towards His Majesty,” added the IFP.

The KZN provincial government noted the statement and called it a “desperate and unprincipled attempt by the IFP to exploit the current challenges in the Zulu royal household for political gain.”

According to the provincial government, it is a time-honoured practice that matters relating to the Zulu royal family are treated with the utmost respect and the requisite decorum.

“As the provincial government of KwaZulu-Natal, we carry the burden of responsibility to ensure that, in assisting the Zulu royal family to navigate its current travails, we do so with uttermost respect and the highest level of maturity.”

“As such, we will not be dragged into the cesspool of political mudslinging by a political party which has run out of currency and is desperately looking at any available opportunity to buttress its waning and flaccid political fortunes,” said the KZN provincial government.

The office concluded by stating on record that the Executive Council of KwaZulu-Natal has taken a resolution to allow the Zulu Royal Household space and the opportunity to resolve family-related issues without external interference.

“As such, the Executive Council has resolved to delay its support and funding for any cultural activities until the disputes related to the Zulu Royal Household Kingship is resolved.”