Zille also called for all lockdown restrictions to be lifted. 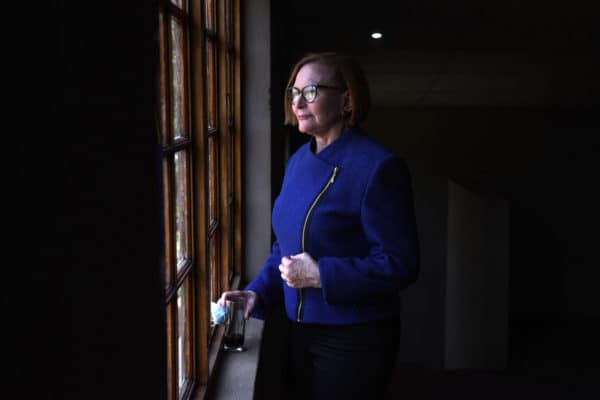 The DA's Helen Zille Zille claims that the NCCC is being used to "control" the country. Picture: Nigel Sibanda

A day after Democratic Alliance (DA) leader John Steenhuisen called for the curfew to be scrapped, the party’s outspoken federal council chair Helen Zille has insisted that the National Coronavirus Command Council (NCCC) needs to be “dismantled”.

“There is a great risk of it being at the apex of an undemocratic hierarchy of control that bypasses our democratic institutions,” said Zille in a Twitter thread.

Zille claims that the NCCC is being used as a means to “control” the country and circumvent South Africa’s democratic institutions.

She also called for all lockdown restrictions to be lifted.

“In 2022 we need to get back our lives and rebuild our economy, despite Covid. Those who want to be vaxxed, wear masks, stay home, etc, should be free to. For the rest, all restrictions need to be lifted, and particularly the draconian provisions of the Disaster Management Act,” Zille tweeted.

Zille added that the damage being done to South Africa’s economy is far worse than the effects of the Omicron variant which is currently dominant in the country.

“While it is highly infectious, it is not nearly as deadly. Far worse to continue killing our economy and give the ANC an excuse to increase centralised control,” she said.

On Monday, Steenhuisen called for President Cyril Ramaphosa to support the economy and end curfew before New Year’s Eve.

“Ending the curfew is an easy and logical way to boost the economy, particularly the restaurant and events industry, which are major employers and have taken huge strain and made immense sacrifices during the pandemic,” Steenhuisen said in a statement.

The DA leader said the curfew was “irrational” and “pointless”.

“Most people aren’t observing curfew anyway. This underscores the irrationality of the curfew, which is doing more harm than good by undermining the rule of law. Are the police going to arrest people celebrating New Year’s Eve? Law enforcement should be focused on preventing drunk driving and real criminality, not curfew…”