The minister says her department had no outstanding parliamentary questions from 2021. 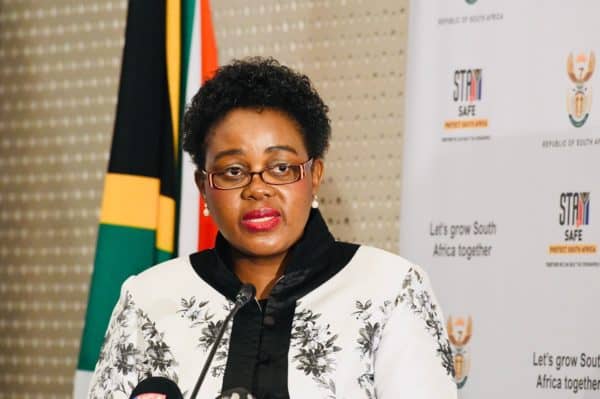 Human Settlements Minister Mmamoloko Kubayi has refuted claims by the EFF that her department failed to respond to 17 parliamentary questions posed by MPs last year.

The EFF, in a statement on Monday, accused President Cyril Ramaphosa and his Cabinet of evading accountability in Parliament by failing to answer questions from MPs.

The Red Berets lambasted the president and Cabinet saying their failure to answer questions was tantamount to “a direct attack and violation of the constitution”.

The party claimed that, in terms of the outstanding parliamentary questions from 2021, the Presidency and Cabinet did not answer a total of 175 questions for written reply, 57 of which came from the EFF benches.

“It is high time that Ramaphosa and his Cabinet respect the constitutional principle of accountability. Parliament is the central constitutional mechanism for holding the executive accountable; refusal to answer its questions is outright disloyalty to the constitution,” said EFF national spokesperson Vuyani Pambo.

Below is a breakdown of outstanding parliamentary questions, per department, as claimed by the EFF:

Responding to the EFF’s claims, Kubayi disputed the party’s accusations against her department, saying the information that the EFF was relying on was inaccurate.

The minister took to Twitter to state that her department had no outstanding parliamentary questions after verifying with the National Assembly’s question office.

Kubayi cautioned the EFF against sharing false information with the public without verifying it with Parliament first.

Kubayi said her department remained committed to accounting to Parliament.

“We have committed to accounting to Parliament and we understand that questions are an important tool for accountability. We have consistently ensured that we comply with deadlines and answer the questions.

“I hope you will request the questions office in Parliament to assist you with accurate information.”

According to Parliament’s internal question paper on outstanding questions from 2021, dated 11 January 2022, the Department of Human Settlements had no lapsed questions from last year.

Only 11 government departments had outstanding questions that were yet to be responded to. These included the departments of Basic Education (1), Communications and Digital Technologies (8), Defence and Military Veterans (25), Finance (7), Mineral Resources and Energy (3), Police (2), Public Service and Administration (1), Tourism (12), Transport (3), Minister in the Presidency (5) and Water and Sanitation (3).