BLF has joined the 'Please Call Me Movement' in calling for Vodacom to pay the inventor R70 billion. 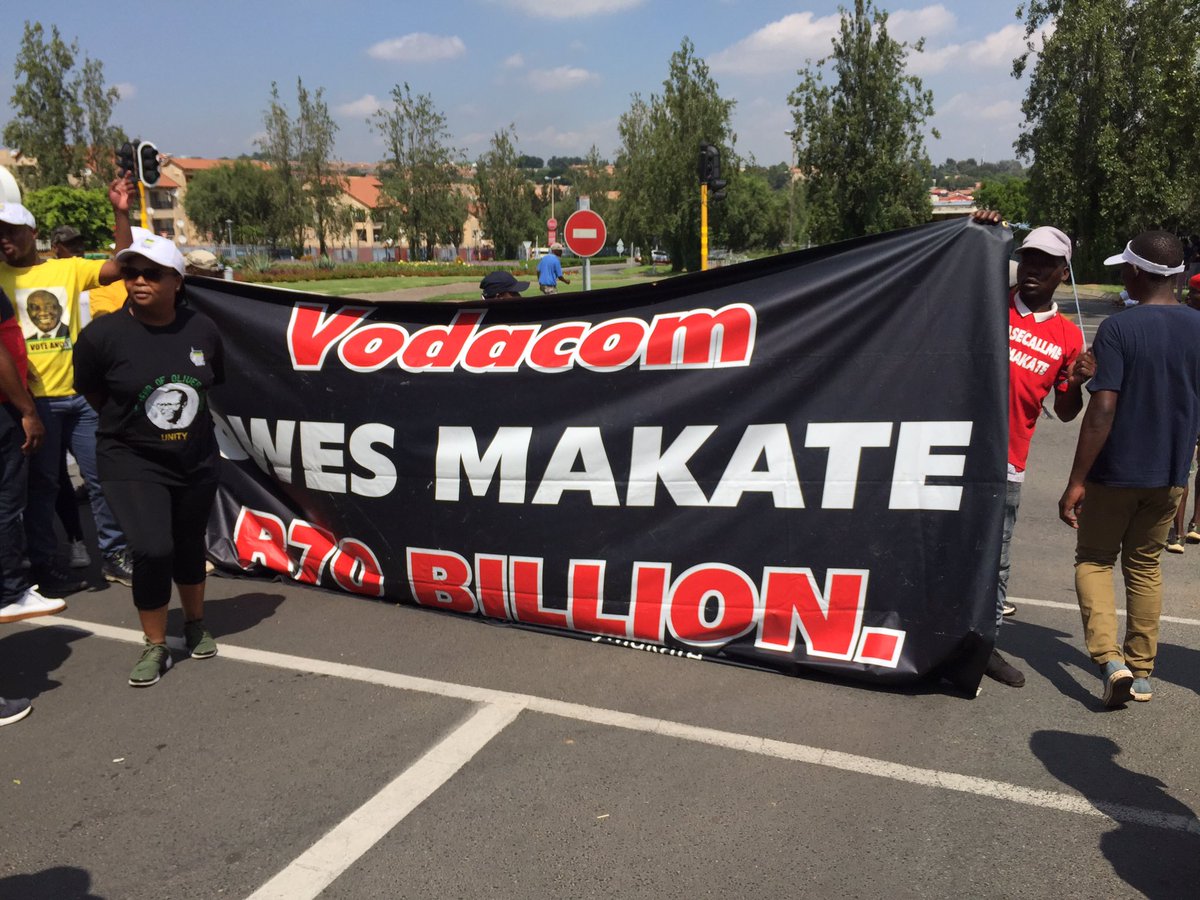 Vodaworld in Midrand has been closed for the day after hundreds of protesters from both the “Please Call Me Movement” and Black First Land First (BLF) descended on the Vodacom headquarters.

The “Please Call Me Movement” has threatened to boycott Vodacom, and gathered outside Vodaworld on Thursday Morning to demand the network pay Nkosana Makate by 10am.

The group was joined by Black First Land First (BLF) supporters and marched in unison, demanding compensation for the Please Call Me inventor.

According to the group, some on social media have already committed to moving from the network provider in a show of support for Makate.

Scores of people under the please call me movement have started demonstrating outside Vodacom Headquaters in solidarity with #PleaseCallMe inventor Nkosana Makate @KayaNews pic.twitter.com/LLar8vuKlp

Vodacom has been given a deadline of 10 O'clock to pay Nkosana Makate what is due to him over the #PleaseCallMe invention or face a massive public revolt @KayaNews pic.twitter.com/RsdkZ0GivT

Makate has welcomed the support and intends to take the matter on judicial review following a deadlock with Vodacom on the amount he should be compensated.

BLF issued a statement, stating they joined the movement to support Makate and claiming “white monopoly capital is founded on the sweat and blood of black people, like Makate.”

“Vodacom must pay Makate the R70 billion owed to him or face the wrath of the people. BLF will continue to stand with Makate until Vodacom pays him every cent,” the statement continues.

One of Makate’s supporters, Gauteng education MEC Panyaza Lesufi, has defied Vodacom’s instructions that he should refrain from commenting on the matter.

48 hours left : We politely and peacefully so, plead with @Vodacom to please settle the matter of Please Call Me. #VodaPayHim

The MEC received a lawyer’s letter this week after he told Vodacom that they had until the end of the month to pay Makate or face the wrath of the nation.

A cease and desist order was sent to him by lawyers representing Vodacom. His response was: “You can’t bully me or silence my support to the weak and vulnerable. This is a democratic country and I have the right to express my views without fear. The apartheid regime detained me without trial. I am not scared.”

He shared the lawyer’s letter on Twitter, which warned him to desist from making “false and defamatory comments of, and concerning” [Vodacom] in relation to litigation with Makate.

This comes after the network operator announced they had an offer for Makate and would compensate him for his invention. He took to social media, labeling the offer ridiculous and insulting following a decade long battle for compensation.

About 100 people are gathered outside Vodaworld in Midrand to support the alleged inventor of the #PleaseCallMe service, Nkosana Makate. They say Vodacom needs to pay Makate R70 billion compensation for allegedly stealing his idea and profiting from it @GroundUp_News pic.twitter.com/v4JT3yc1YL

Mduduzi Mbuyise says Vodacom needs to come up with a solution today because #NkosanaMakate had been suffering for too long. #Vodacom pic.twitter.com/3xIffToJYg