Reports suggest that employees will go back to work, and all working equipment and tools of trade will be released. Just hours before the sixth national election was due to start, eThekwini Municpality declared that the dispute between the city, the South African Municipal Workers Union (Samwu) and Independent Municipal and Allied Union (Imatu), which brought service delivery to a halt for the past two weeks, has been resolved.

According to reports, employees will go back to work and all working equipment and tools of trade will be released, including vehicles which have been impounded, reports Northglen News.

The municipality confirmed that the parties had agreed that a disciplinary process would immediately ensue, and perpetrators brought to book.

City manager Sipho Nzuza said: “Discussions at the bargaining council commenced on Monday and are expected to be concluded in 30 days. We urge our employees to desist from violent strikes that cripple the operations of the city.

“Recently, we had to spend a lot [of] resources and money to clean up the mess that was left behind by our workers in the central business district,” said Nzuza.

“The cost of the damage to date is over R3.5 million on the eThekwini municipal infrastructure. This excludes impact on the economy, which is still being quantified, and the cost of hiring privately owned water tankers where reservoirs and valves have been tampered with.” 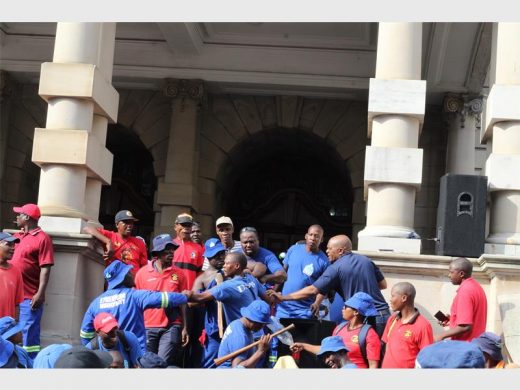 Mchunu said he was taking the labour concerns seriously and as part of efforts to get to the bottom of the union concerns, an independent attorney, Martin Potgieter, had been appointed to investigate the allegations of assault against union officials.

“We have since called for consequence management on how the decisions that led to this crisis were implemented, by the same token we will ensure that the unions and their members are held accountable and liable for all the damages that have been caused to municipal infrastructure and property.

“The demand of the union regarding certain positions in the city has been referred to the bargaining council for negotiation,” he said.

The city was criticised for not addressing the workers’ concerns sooner. Last week, Imatu vice-chairperson in the eThekwini region, Queen Mbatha, said: “None of our Imatu workers were on strike, but on Thursday, our workers met the municipal manager and the workers’ demands were not met, so workers staged protests in the Durban CBD.”

According to Mchunu, the crisis seems to stem from a decision by the municipality to advertise 60 Grade 10 task posts. In May 2018, recruitment was finalised, of which 145 candidates deemed to have been unsuccessful in lodging a grievance over what they termed selective promotional appointments. The grievance started as an informal protest with workers slowly leaving workstations unattended and gradually impacting on service delivery.

Commenting on the strike, Ward 31 councillor Chris Pappas said that after speaking to workers on the ground last week, he felt the strike had merit, as workers felt it unfair that MK veterans, who were politically aligned with the municipality, should get increases, when they hadn’t. He, however, couldn’t condone the destruction and sabotage. 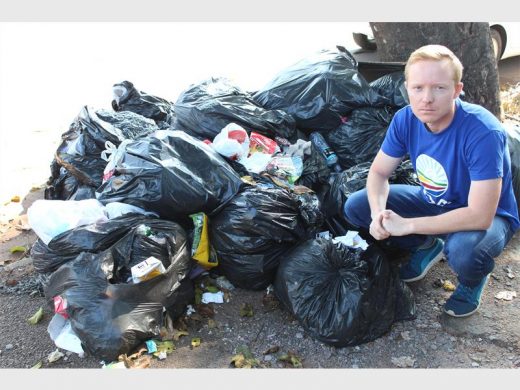 Councillor Chris Pappas said rubbish is piled up on streets all over the city. He urged residents to keep rubbish inside until collection day now that services have resumed.

“There are still places out of water and electricity and where roads are damaged from the storm on 23 April, and now there has been sabotage of infrastructure. In cases like this, the president should get involved. It is beyond the city now, the third biggest metro in the country is collapsing and the president is unable to take action over people in his own organisation,” he said.

Pappas said dump sites were getting full, and he called on residents to keep their rubbish inside until collection day, now that services have resumed.

“I urge residents to keep reporting issues as well, as staff will get to them, however, there is a backlog,” he said.