According to residents, City Power took out some boxes in the area without prior warning, leaving them without electricity. 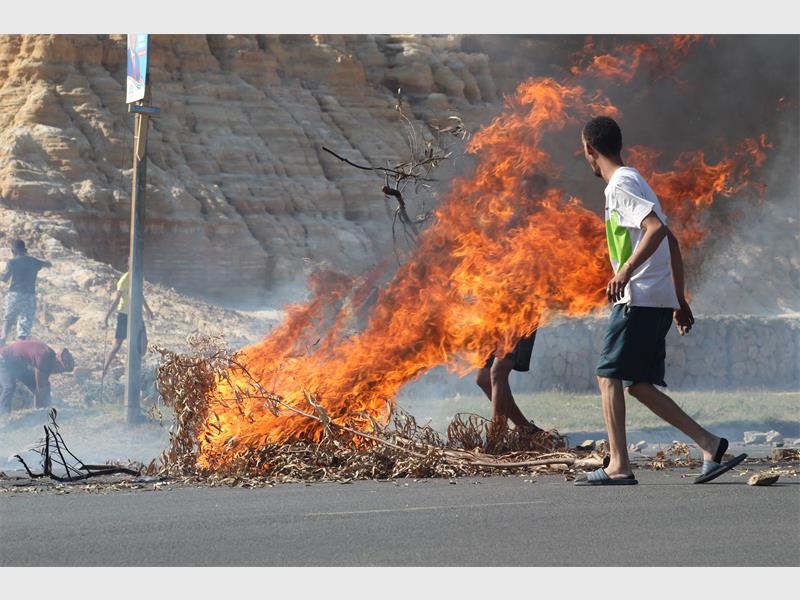 Angry residents of Davidsonville in Roodepoort have once again gathered as police fire rubber bullets and use water cannons to try to disperse the protesters, reports Roodepoort Record.

Roads in and around the area are still barricaded with burning tyres and rocks.

Protests have rocked the area since Tuesday last week, with residents saying they would continue bypassing the electricity supply lines until City Power came and fixed their faulty meters. According to them, City Power took out some boxes in the area without prior warning, instead of fixing them. That left residents without electricity for a number of days.

Community members raised issues regarding paying for electricity, saying they did not understand why some residents paid for power, while others didn’t.

Christebell Pienaar, the chairperson of the Davidsonville Community Forum (DCF), said they would only allow City Power officials into the area if they were coming to fix the meter boxes.

On Wednesday, City Power held a meeting with the residents. It deadlocked because a consensus could not be reached on a solution to the problem.

Thamsanqa Mathiso from City Power said: “We are providing two options to the community – one is that they allow us to come on Monday to fix the meters of those who are not buying power, so they can start doing so. If the community does not allow us to do that, the other option is that we will go ahead and disconnect the supply to the homes of those people.”

This angered the community and led them to demand a meeting with mayor Herman Mashaba.

Christebell Pienaar, the chairperson of the Davidsonville Community Forum, said: “The Johannesburg metro police department officials reported that the mayor will be here on Monday.

“I think they are just trying to calm us down. I do not think he really will be here, but we will wait and see.”

The residents have pledged to continue protesting until the mayor visits the area.