Residents, private security and community policing forums in neighbourhoods across SA have taken up arms to protect businesses and homes. 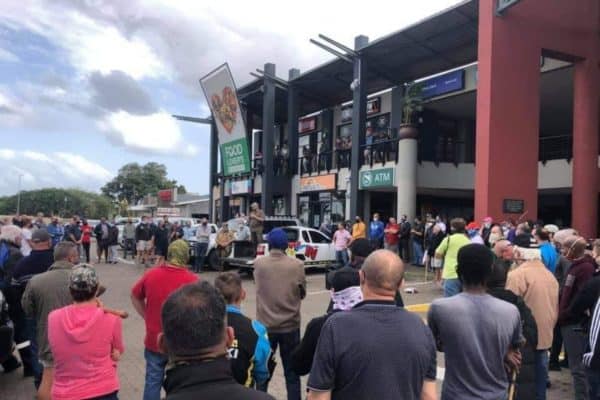 Videos shared to social media in the midst of the violence South Africa is currently experiencing have prompted citizens to take up arms in an effort to protect their neighbourhoods.

Due to the fact that the people seen taking up arms are predominantly Indian, Coloured and White, concern has been expressed by black social media users.

Here is a list of neighbourhoods taking up arms

Residents in Eldorado Park led the charge by being among the first to put their foot down to prevent the unrest from spreading to their neighbourhood.

Polokwane is the capital of Limpopo and it is reported that a taxi association in the area stepped up to ensure no unrest spread to the area.

Various Facebook pages shared a post referring to an unconfirmed voice note from one of the drivers.

According to the Zululand Observer, people living in Empangeni followed the example of Eldorado Park residents and formed a human chain around their mall.

Mahikeng taxi drivers echoed the calls of Polokwane taxi drivers and have reportedly slept in town to guard businesses.

Things in the Eastern Cape are also relatively quiet, reportedly due to taxi drivers stepping up to protect businesses like they have in Mahikeng and Polokwane.

The Durban suburb of Malvern saw residents head out early on Monday to get ahead of the wave of violence.