Massmart says its operations not affected by Saccawu strike

The union is accusing Massmart of not paying workers the correct remuneration for weekend and public holiday shifts. 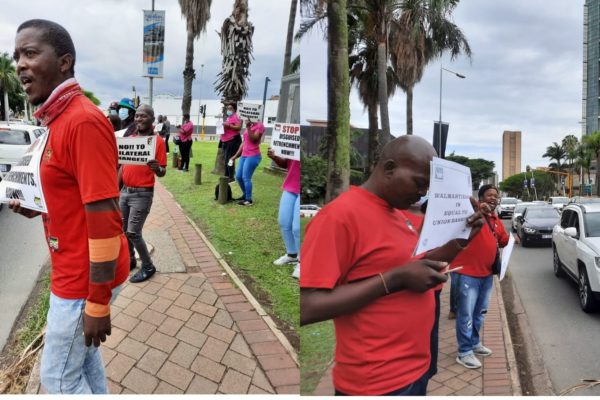 The contingency plan includes the mobilisation of experienced Massmart contractors.

“We estimate that fewer than 23% of Saccawu’s membership base participated in Friday’s action.

No work, no pay

On 16 November, Saccawu notified Massmart of their intention to embark on a no-work, no-pay strike starting on Friday, 19 November 2021.

Saccawu spokesperson Sithembile Tshwete said there was a group-wide dispute.

The union is accusing Massmart of not paying workers the correct remuneration for weekends and public holidays.

“Workers are supposed to get a day-and-a-half pay for Sunday and double on public holidays; they are only getting a day’s wages,” said Tshwete.

They’re also demanding a R500 increase across the board for Mass Build employees. Massmart is offering R350.

Negotiations have deadlocked, and Saccawu has warned the strike will continue indefinitely.

Thelma Seletse who works at Makro in Woodmead said workers understood the impact of the July unrest on these companies, but employers ignored their pleas even before the unrest.

“We work for transport only and many of us here are breadwinners.
“Massmart unilaterally changed the terms and conditions of employment of workers without any negotiation with our respective unions, which evidently shows that the companies are taking us for granted,” said Seletse.

“We stand on our feet all day and serve customers who sometimes are even rude, but Massmart won’t stand with us because “the customer is always right,” we want an increase of R500 and working conditions fit for humans,” she added.

Leroni said the protest comes at a time when Massmart employees can typically earn high sales commissions due to increased foot traffic in stores.

“This strike action coincides with a time of year when Saccawu members will potentially have higher household expenditure resulting from festive season expenses,” said Leroni.

He said some Builders Warehouse employees want to accept the offer but are under instruction from Saccawu to reject the increase.

Saccawu is also demanding that Game employees affected by restructuring be returned to their original posts, despite the company providing alternative positions – as well as better car and phone allowances for approximately 170 Makro customer relationship officers.

“These are issues that could cost striking Saccawu members up to 25% of their November wages, on the view that they may embark on a week-long strike, as sometimes referenced in the union’s recent public statements,” said Leroni.

Massmart believes that the intended industrial action is a Saccawu leadership power play that is not necessarily in the best interests of its members.

This cements a view recently expressed by the Labour Court that the advice Saccawu provided to Game employees was ‘treacherous and dishonest beyond measure’.

Saccawu had instructed Game employees affected by the restructuring not to accept alternative positions identified by the company.

Massmart CEO Mitch Slape said the company had been proactively engaged with the Saccawu leadership for months and had put forward proposals under the guidance of the CCMA, only for these to be stonewalled.

“This is an unhelpful approach in the context of the many constructive partnerships that are required to achieve inclusive economic recovery in South Africa,” said Slape.