This was one of the reasons that prompted Agrizzi to come clean about the company's corrupt activities, he told the commission. 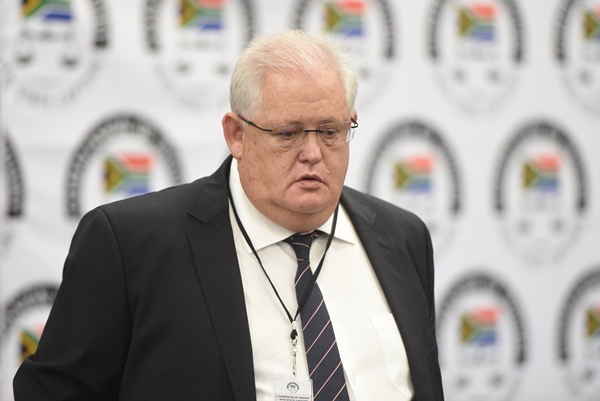 During the second session of the testimony of former Bosasa chief operating officer (COO) Angelo Agrizzi at the commission of inquiry into state capture today, the witness said the company’s CEO, Gavin Watson, had suggested that he, Agrizzi, should take the fall on behalf of Bosasa while the Special Investigating Unit was probing the company.

Agrizzi said he was annoyed by this suggestion and “voiced his discontent” with Watson because he “felt betrayed by him” and was “very upset”.

However, he said Watson later apologised, which he accepted.

Watson told Agrizzi that after this there would be a fine estimated at R30 million which Bosasa would foot “but I would have to have a criminal record for the rest of my life but it would save the company”, Agrizzi said.

This was one of the reasons that prompted Agrizzi to come clean about the company’s corrupt activities, he told the commission.

Agrizzi said he had on a number of occasions approached Bosasa’s attorney to ask him how the corruption at the company would be sorted out and cooperate with the SIU.

“What I was told by this brilliant legal mind [was] ‘shut up and just toe the line otherwise you are going to implicate everybody’ and that was perhaps an awakening moment,” Agrizzi said.

He said this was an attempt to “indoctrinate” him to not come clean, which he said has been done to other witnesses.

However, he said the attorney agreed with his concern that he should take the fall.

Watson then urged Andries von Tonder and Agrizzi to continue to work together because failure to do so would lead to everybody going down.

The view of the company’s directors at the time was that they should continue fighting the SIU, the National Prosecuting Authority’s and the Hawks’ probe into the company’s affairs, Agrizzi said.

He added that the company’s attorney said to him that the matter would never reach prosecution because the NPA was “useless and wouldn’t be able to prosecute”.

Agrizzi said he was instructed to set aside R40 million to R30 million in one trust and another R10 million in a separate account to protect the company.