Peet Venter says some of the paragraphs in his statement relating to a Bosasa subsidiary, SeaArk, were copied from the company's former CFO. 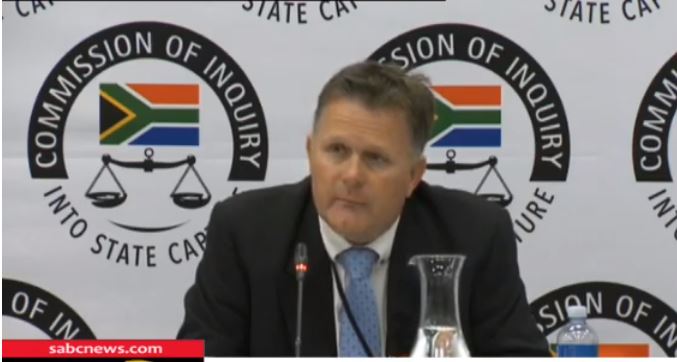 Peet Venter, the former auditor of controversial company Bosasa, took the stand at the commission of inquiry into state capture on Tuesday.

Before the tea break at 11.15am, Venter dealt with an expensive aquaculture project called SeaArk Africa, which was started by Bosasa in 2005 in the Eastern Cape.

Van Tonder said: “[An] American company was paid large sums of money, chairperson. R50 million was transferred to the Americans for over three years as consultation fees. The project was not successful, and was terminated mainly due to lack of funding … there were also some other operational concerns that prevented the continuation of this project … Bosasa never derived value for money from that project.”

Bosasa recorded a loss assessment of R138 million in its books for the prawn farm, Van Tonder added.

“The assessed loss was derived from expenses on the project and equipment write-offs. The project’s prawn-processing plant, that was scheduled for use after the harvesting of the prawns, was never used at all, chairperson. Equipment was written off in the company books for income tax purposes.”

Van Tonder said Bosasa then changed SeaArk Africa’s business model to become a procurement service for food items for Bosasa at the department of correctional services, where Bosasa had catering contracts. The company was renamed Bosasa Procurement and sold procured food items at a 20% mark-up to Bosasa operations.

“Sars investigated the using of assessed losses within Bosasa procurement as well as the equipment write-off in the books. We had to show that the SeaArk Africa project continued … we did that by starting a prawn farm in Krugersdorp, Gauteng. An entity called Bio-Organics was created for this purpose, which was also wholly owned and funded by Bosasa. Artificial seawater was manufactured specifically for this project to farm prawns.”

Venter told the commission on Tuesday that Bosasa CEO Gavin Watson did not want to forfeit the assessed loss.

The company’s former auditor dismissed as false testimony by former Bosasa COO Angelo Agrizzi that he, Venter, had advised that in order to retain the assessed loss the company would have to draw up fraudulent documents, processes, and invoices.

“These paragraphs which relate to SeaArk, some of the wording was copied word for from Mr Andries van Tonder statement into mine, but I can recall that Mr Gavin Watson did not want to forfeit the loss, that is correct,” Venter told the commission, adding that as the company’s auditor, he was not involved in any illegality in retaining the assessed loss but had simply relied on information given to him by the company.

Venter did advise that the company should lease some of its equipment as another means of retaining the assessed loss.