Bosasa maintained ties with Mokonyane because she was ‘powerful’ – Agrizzi

The former COO says Bosasa CEO Gavin Watson didn't want anyone interfering with the minister and thus kept her close. Bosasa former chief operating officer (COO) Angelo Agrizzi told the commission of inquiry into state capture on Thursday that the controversial company maintained a relationship with Minister of Environmental Affairs Nomvula Mokonyane because she was “powerful”.

Agrizzi said that he was present on two occasions when Nomvula Mokonyane received a R50,000 payment from the controversial company.

He said on one of the occasions, Mokonyane was still the premier of Gauteng.

The R50,000 cash was packed in grey security bags, Agrizzi told the commission, explaining, however, that the rule was that it was the company’s CEO who dealt with the former premier.

Agrizzi further explained that the company provided other services to Mokonyane whenever its CEO, Gavin Watson, called and gave instruction.

On one occasion, the company worked on the CCTV system at Mokonyane’s residence as well as fixing the shed for her security personnel, cleaning the swimming pool, fixing the electric fence, as well as gardening services.

Agrizzi said Richard Le Roux, an employee of a Bosasa subsidiary, GTS (formerly known as Sondolo IT), would be called to carry out these jobs.

Agrizzi further told the commission on Thursday that the company would also receive requests to provide catering for ANC Lekgotlas and rallies and other related services.

“I think I have more t-shirts of the ANC in my cupboard than I need,” Agrizzi told the commission adding that the company would also take care of “personal funerals” – all of which was done free of charge.

An estimated amount of R80,000 to R150,000 was spent by the company for hiring vehicles for Mokonyane’s daughter, Agrizzi said.

The children of ANC MP Vincent Smith and former government officials Richard Mti and Patrick Gillingham received a number of benefits from the company.

He added that at times Mokonyane would directly communicate with him via email to make certain requests.

“Some people are very powerful in politics [and] its scary but people have the ability to do a lot of things. I’ve seen it happen in that company, I’ve seen prosecutions being stalled,” Agrizzi explained why the relationship continued with Mokonyane.

One of the matters Mokonyane told Agrizzi not to worry about was the SIU investigation into the company, Agrizzi said, adding that Mokonyane also had a hand in “a controversial issue” of a wind farm – which was a multibillion-rand deal.

With regards to the latter issue, a number of steps were taken to circumvent the environmental impact assessment, Agrizzi said.

GroundUp reported earlier this month that the Watson family, whose links to Minister Mokonyane were exposed during testimony at the commission, wanted to build a controversial wind farm in the Eastern Cape.

Mokonyane, as minister of environmental affairs, was reportedly expected to rule on the controversial Eastern Cape project.

She was meant to arrange that the SIU matter would not be prosecuted and that Watson had pressured the minister to get files from then Hawks boss Anwa Dramat.

“It was clear that [Watson] did not want anybody interfering with [Mokonyane] and so kept her close,” Agrizzi said. 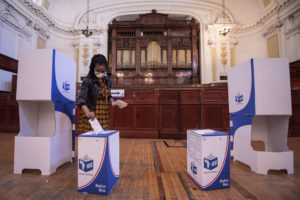 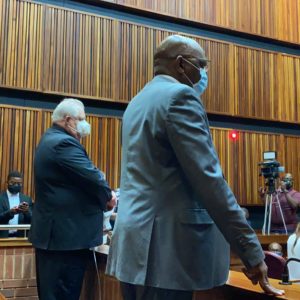