The former Ipid head says the Zimbabwean national was employed as chief of staff in Nathi Nhleko's office. 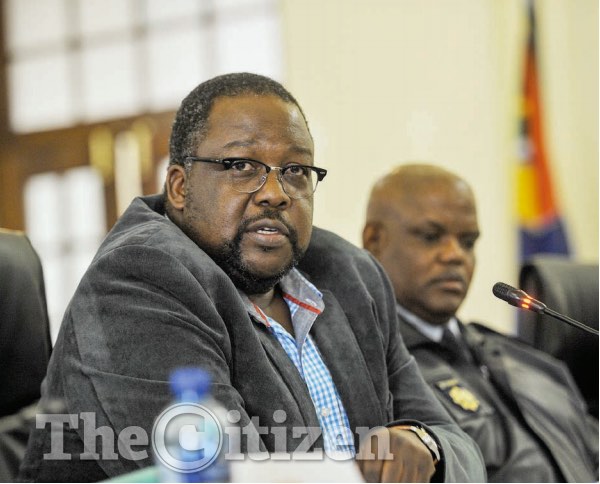 Former minister of police Nathi Nhleko employed a Zimbabwean convicted fraudster who had no security clearance, as chief of staff in his office during his tenure at the ministry, heard the commission of inquiry into state capture on Tuesday.

This is according to evidence given by former Independent Police Investigative Directorate (Ipid) head Robert McBride who told the commission that the said individual was known as Leon Mbangwa, however, his real name was Lionel Moyo.

Moyo was arrested in 2000 for using a false identity document and was sentenced and served a custodial sentence, McBride said.

McBride said Moyo was employed during his almost 18-month suspension which he was placed under by Nhleko for allegedly tampering with a report on the rendition of Zimbabweans in 2010. McBride went on suspension on March 2015.

Moyo’s security clearance was meant to be processed through Ipid where it would be made to appear that he would be employed, McBride told the commission.

“The key question is, why would a minister of police hire a convicted criminal, who is not a South African, who is still flashing his counterfeit documentation? There is no reasonable explanation,” McBride said, adding that the security concern was that the minister’s office was “a sensitive area” where “sensitive documents” came before Nhleko.

McBride said this was “an intelligence failure” and “a security risk”, further questioning how the commissioner of police at the time, Lieutenant-General Khomotso Phahlane who served in an acting capacity, would take no issue with Moyo’s employment.

He said this showed that the security of the state was not a priority for Nhleko as minister of police and that Nhleko should explain himself, which has never done even though he, McBride, has openly raised this issue.

McBride said another security concern was that Moyo had a negative credit record at the time of his employment, and although it was detected before he was employed, he still joined Nhleko’s office.

On his return from suspension, McBride on October 25, 2016, wrote to former State Security Agency (SSA) director-general Arthur Fraser to express his concerns about Moyo, a Zimbabwean national, who was a convicted fraudster sentenced for using false identity documentation that he continued to use, had been employed as chief of staff in Nhleko’s office.