A witness tells the Zondo commission that officials lied to MultiChoice regarding the channel's progress ahead of its launch. 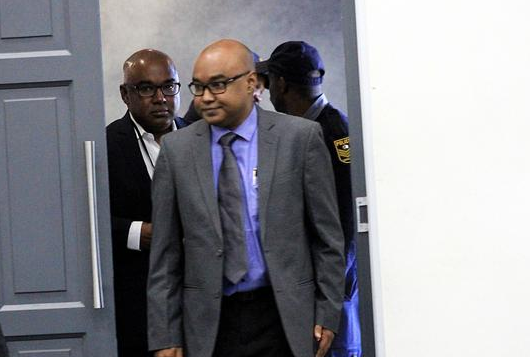 Ex-consulting editor Rajesh Sundaram, who headed the editorial team of now-defunct Gupta-owned news channel ANN7, on Tuesday told the commission of inquiry into state capture that the Gupta brothers used former president Jacob Zuma’s office to pressure MultiChoice to allocate their news channel a slot of their choosing.

Sundaram said the Guptas were “adamant” on MultiChoice allocating ANN7 a particular number – 404 – which currently is allocated to the SABC.

“Because that was a prime slot that was between two existing news stations and the Gupta brothers feared that DStv was somehow inimical to them and would give them a slot which is not with the news channels but somewhere else, [which would make it] difficult for people to find [ANN7] and that could affect their ratings,” Sundaram told the commission.

However, Sundaram said he found DStv to be extremely professional in its conduct, asking for “technical details” and questioning whether ANN7 had started a 24-hour dry run, “which is never the case”, before ANN7 was launched

“ANN7 went 24/7 on broadcast the day it was launched, before that they would do a few hours and then wind it up because none of the equipment or all of the equipment that was required for a 24 hour operation had not come in,” Sundaram said, adding that even the studio robotic cameras came in the last minute and were installed on the day of the launch of the channel.

Sundaram said “there was a whole of lying” from the ANN7 officials when they met with their counterparts from DStv – lying about the progress the channel had made ahead of its launch.

“Also, I was told on multiple occasions that they would use the president’s office to pressure DStv to give them the slot that they wanted – which was 404. This is something I was told repeatedly,” Sundaram said.

He reiterated that officials from ANN7 gave DStv the wrong information even though on many occasions the channel was behind schedule.

Last year, MultiChoice dumped ANN7 following an internal probe into its affairs, which led to MultiChoice deciding not to renew the contract to flight it on DStv.

MultiChoice admitted to errors in the way it handled its affairs with the private television channel, but it denied that any corruption took place.
ALSO READ: SABC sold 100 hours of footage to ANN7 at ‘throwaway prices’, commission hears