The former president says the former SANDF general had been instructed to hug the ANC spy to determine if he had been compromised. 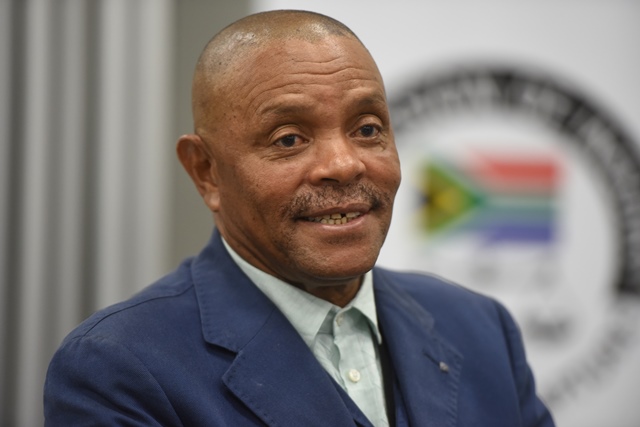 General Siphiwe Nyanda is pictured at the Commission of Inquiry into State Capture in Parktown, 28 February 2019. Picture: Refilwe Modise

Zuma took to the witness stand at the commission of inquiry into state capture on Monday where he earlier alleged that former mineral resources minister Ngoako Ramathlodi was a spy.

Ahead of the long adjournment, Zuma told the commission of an apartheid spy that was trained to infiltrate the ranks of the African National Congress (ANC) during the struggle years.

He said the alleged spy went by the name of “Ralph”, highlighting after the long adjournment an incident which resulted in Ralph being arrested by the Swazi police.

After Ralph was arrested, he gave the Swazi officials inside information and was then transported to Mozambique, the commission heard.

Zuma said Ralph then contacted his handlers to inform them that he was being taken to Mozambique and would possibly “never be seen again”. He then allegedly told his handlers where he would be sleeping and a plan was hatched to rescue him.

The plan Zuma narrated involved a canister being thrown through the window closest to the bed where Ralph was sleeping. However, the alleged spy was not injured and managed to escape through the same window.

Ralph was then rearrested by the Swazi police the next morning, who had been conniving with the apartheid police, Zuma said.

The former president told the commission that the police then wanted to release Ralph “because he was very important” but were cautious to do so because they wanted to determine whether his identity as a spy had been compromised.

Zuma told the commission the police then arranged that in order to determine if Ralph’s identity had been revealed, he would be hugged by a certain person: Nyanda.

Nyanda has also appeared before the commission, where he testified about how the Fikile Mbalula reacted when one of the Guptas called him to inform him of his appointment at the time as minister of sport.