The journalist, who has applied to cross-examine one of her accusers, has been placed on special leave by the media company. 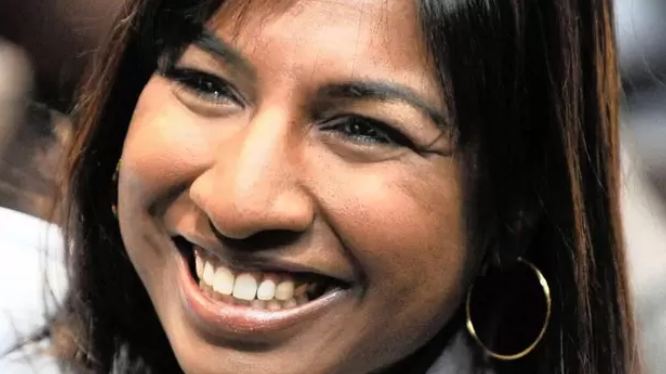 In Ranjeni Munusamy’s affidavit to the Zondo commission of inquiry into state capture, in which she applied to cross-examine Hawks officer Colonel Kobus Roelofse following his allegations that she received payments from a crime intelligence trust fund, she also indicates that her employers, media company Tiso Blackstar, withdrew the legal support they initially granted her.

In the section of the document relating to a notice sent to Munusamy by the commission, she writes: “The attorney acting for the Sunday Times Willem de Klerk was tasked with assisting me to respond to this notice and we had consulted for a few days.

“However, on 16 September 2019 Willem informed me that Tiso Blackstar had terminated his engagement agreement over the weekend,” she adds.

Tiso Blackstar would not comment on whether this did indeed mean they dropped Munusamy after initially offering her legal support, or on the significance of this withdrawal of legal assistance.

“We do not discuss our internal communications and processes regarding our employees with third parties. Please refer to our initial statement regarding this matter. In the initial statement, we have indicated that we will make a final decision following our own internal investigations,” the company said.

In the initial statement referred to, the company said they had placed Munusamy on special leave while she dealt with the allegations.

It added that it viewed the allegations as serious and that an internal investigation by Sunday Times Editor Bongani Siqoko would take place.

READ MORE: Munusamy tells her side of the story, applies to cross-examine Roelofse at Zondo commission

De Klerk declined to comment due to client confidentiality.

In the affidavit, Munusamy for the first time told her side of the story. She had previously said that the allegations were baseless, but said she could only respond via the commission and was in the process of filing documents.

The affidavit sees her call the allegations an “attack” on her “craft as a journalist” and suggests Roelofse’s account of events is riddled with lies.

Munusamy confirmed that R143,621.70 was paid from Atlantis Motors, as had been alleged by Roelofse, but said there was no connection between this company and crime intelligence.

Rather, she said a close family friend who was “like a brother” to her, Basheer Ahmed Abdool, paid the remaining money owed on her car.

She said she was unaware at the time that the payment was made through car dealership Atlantis Motors, as Basheer cancelled the purchase of a Nissan Hardbody he was going to buy to help Munusamy. He paid for the car in cash, but was told he couldn’t get his cash back but could have the money transferred, and chose to give them Munusamy’s banking details so the money would be paid directly into her Wesbank Finance account.

The journalist said that while the payment was made from Atlantis motors, this was a legitimate car dealership and the “sinister spin” Roelofse has put on the transaction was incorrect.