The chairperson says the team should have satisfied itself that the statement of Lieutenant General Godfrey Lebeya falls within the inquiry's terms of reference.

The chairperson of the commission of inquiry into state capture, Deputy Chief Justice Raymond Zondo, on Thursday harshly criticised the commission’s legal team for failing to determine whether the statement by the head of the Hawks, Lieutenant General Godfrey Lebeya, falls within the inquiry’s terms of reference.

The commission was expected to hear Lebeya’s testimony on Thursday relating to law enforcement, however, Zondo said after reading his statement he, the commission’s chair, was of the view that quite a limited portion of it fell within the inquiry’s terms of reference.

Zondo said after reading Lebeya’s statement he wondered whether it would not be premature to hear his testimony without a proper and deeper investigation being conducted on the matters the lieutenant general raised in his affidavit.

“I don’t think it comes out as clearly as one would like from the statement,” Zondo said regarding Lebeya’s testimony and how it connects to the commission’s terms of reference.

“So I got the impression that maybe some deeper investigation may need to be done to see whether there is enough that ensures that most of what is in the statement falls within the terms of reference.”

Zondo asked whether former national commissioner of police Riah Phiyega had been questioned as she is implicated in Lebeya’s statement.

Evidence leader at the commission advocate Susan Wentzel said after she was issued with a rule 3.3.3 notice, Phiyega approached the commission and indicated that she would like to submit a statement.

Wentzel told Zondo that Phiyega also indicated that Lebeya was incorrect in his perception that she had sidelined or punished him because of his involvement in the investigation of a case implicating former Crime Intelligence boss Richard Mdluli.

The case relates to the murder of Oupa Ramogibe.

Wentzel said Phiyega had said the differences between her and Lebeya had been personal and had nothing to do with a sinister motive.

Zondo said it was wrong of the commission’s legal team and investigators, particularly the former, not to interview Phiyega on the allegations made about her in Lebeya’s statement.

He said the commission’s legal team should have read Lebeya’s affidavit, which was deposed to on 11 November 2019, soon after it was put to the inquiry to determine whether the contents fall within the inquiry’s terms of reference.

Zondo lamented that a day would be lost if Lebeya’s testimony was not heard on Thursday when the commission did not have a lot of time and “every hour counts” and he asked Wentzel to pass on the message to the inquiry’s legal team “that this type of homework must be done”.

Zondo adjourned the proceedings on Thursday to allow the commission’s legal team to apply its mind on the issues he raised and for further investigations to be conducted.

“We must get all the evidence we can get,” Zondo said, explaining that once that had been done, another date may be arranged for Lebeya to give testimony at the commission. 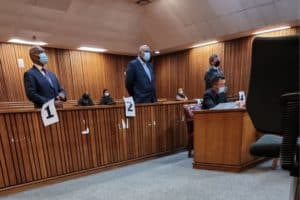 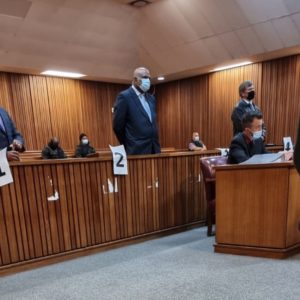