Singh’s conduct at Transnet (where he was also CFO) and at Eskom 'resulted in these public institutions suffering substantial financial prejudice'. 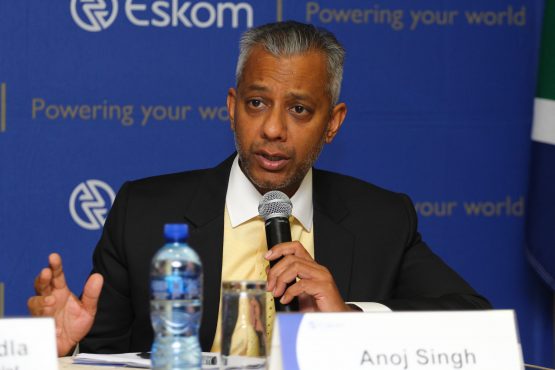 Former Eskom CFO Anoj Singh is on Wednesday expected to take the witness stand at the Commission of Inquiry into State Capture, chaired by Deputy Chief Justice Raymond Zondo, to give evidence related to the power utility.

Last year, Singh was stripped of his South African Institute of Chartered Accountants (Saica) membership, after being implicated in the dubious authorisation of payments to various service providers during his time as CFO of Eskom (2015–2016), Moneyweb reported.

Singh was charged with gross negligence, improper conduct, breaching the code of professional conduct and bringing the profession of accountancy into disrepute.

The institute relied on the following documentary evidence to consider the charges against Singh:

Singh was found not guilty in regard to his improper relationship with the Guptas, who had paid for his travelling expenses, as the trips that took place before Singh joined Eskom.

Singh’s conduct at Transnet (where he was also CFO) and at Eskom “resulted in these public institutions suffering substantial financial prejudice”, according to Saica.

“The institute demands of its chartered accountants that they exercise not only due diligence and care but that they demonstrate objectivity and integrity in their professional conduct. Mr Singh regrettably did not adhere to these standards.”