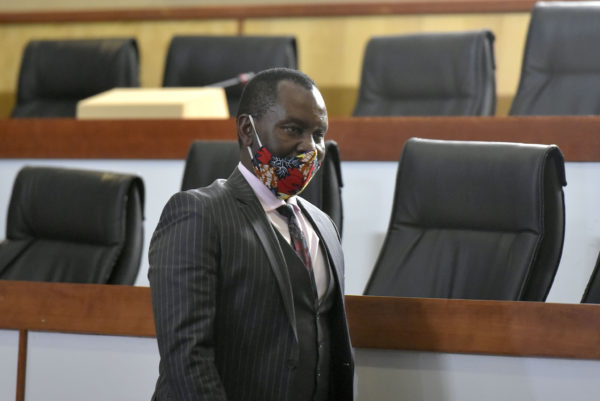 In the fourth part of his state capture report, Chief Justice Raymond Zondo said the Free State’s handling of its housing project was a “dismal failure”.

Zondo was referring to the Free State department of housing’s project to build thousands of low-cost (RDP) houses. R1.3 billion was set aside for this project, yet most of the houses were never built.

The state capture inquiry heard how the Free State’s head of department for housing, Mpho ‘Gift’ Mokoena, and former housing MEC, Mosebenzi Zwane, were responsible for the province giving more than R500 million to contractors before any building of houses had started.

“After the investigation and hearing of evidence, it has become crystal clear this project was a debacle… because of the manner in which the Free State provincial government, through its department of human settlements, handled the project, it was a dismal failure: a debacle,” Zondo’s report reads.

He then criticised Magashule for not making sure that Zwane faced the consequences for the housing debacle.

As Premier, Magashule should have been aware of what happening in the province’s human settlements department, said Zondo.

“It is unacceptable that [Magashule] made no effective intervention,” said Zondo.

“However, the Premier simply moved him to another portfolio,” said Zondo.

The Chief Justice pointed out that Zwane, after moving to the Free State’s Department of Agriculture, continued his dismal performance when involved in the Estina/Vrede dairy project.

Zondo added that if Magashule didn’t know what was happening in the Free State human settlements department, it would be a “serious dereliction of duty”.

The state capture report said that Magashule should have been held accountable for failing to take appropriate action.

“It would seem that Magashule was not held accountable, nor was Zwane.”

Zondo criticised the ANC for not holding Magashule and Zwane to account.

“The ANC [gave] the people of the Free State Mr Zwane and it is the ANC which gave them the Premier [Magashule] who failed to intervene when Mr Zwane and his department wasted more than R500 million of taxpayers’ money, which was meant to be used to build low-cost houses for poor people in the Free State,” said Zondo.

“The only organisation that would have been able to remove Mr Magashule as premier on the grounds that he had failed to show leadership as premier and to monitor and supervise effectively the performance of Mr Zwane, would have been that of the African National Congress which was responsible for his election by the majority of members of the Legislature as Premier,” reads the report.

The report recommends that the National Prosecuting Authority (NPA) investigate, and possibly prosecute, Mokoena for contraventions of the Public Finance Management Act.

It also recommended that steps be taken to recover money from Mokoena and Zwane for their roles in the advanced payments of the contractors.

It also asked the NPA to look into whether Zwane and Mokoena should be charged with fraud.