Here's your snarky weekend weather update: Saturday will be very Gordhan, so bitterly cold as we head to Sunday night’s likely family meeting with Cyril. 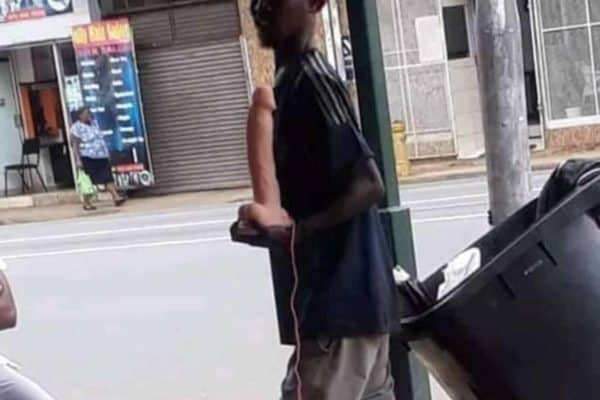 Heaters and other electrical appliances looted won't work when loadshedding is likely to hit over the weekend, After all, it will be cold. Picture Source WhatsApp.

On the coldest day for some time, Eskom gives us load shedding. Thursday night’s weather saw temperatures in Gauteng dip well below zero as the power grid gifted darkness to South Africa.

There is some bad news for looters who helped themselves to heaters last week.

It will be a hot-chocolate-big-blanket-warm-jacket kind of weekend according to Candice Mckichney of the People’s Weather Channel, who kindly provided the forecast.

A dose of load shedding

Not only is load shedding likely on the cards for the weekend, rendering their score useless, but law enforcement may help matters along as more confiscations of ill-gotten gains are in the works.

Not so for floundering budget airline Mango’s staff, whose lives continue running on empty.

It is as if Public Enterprises shareholding Minister Pravin Gordhan’s ice-cold shoulder for state-owned company employees has manifest in the weather.

To add insult to injury, load shedding moves them further into the cold – not that broke staff are able to afford electric-powered heaters anyway.

How cold is Estcourt?

Luckily for former president Jacob Zuma, his first taste of freedom after a week in the tjoekie will see him weather the chilly overcast and rainy KwaZulu Natal weather from the comfort of Nkandla.

Cloudy conditions and rain remain along the KZN coast for Saturday. As the wet weather dissipates later, he is due to head back to his cell.

That is, unless he Shaik’s off justice and creates another photo opportunity and rabble rouses looters by refusing to return to inmate status at Estcourt prison.

Two Zuma arrests in a fortnight make for a great movie, but the script will not feature a reluctant hero. Rather, as many, except social media yapper Carl Niehaus feels a reluctant zero.

There has been snow on the mountains in the high grounds of the Cape provinces and the Free State. The skies clear out though over the course of the next day or so.

Like many of the unanswered questions at the Zondo commission, such as when will any action be taken against clearly guilty parties, there will also be a few clouds lingering over the far northeastern parts of the country.

A band of high clouds cast a bit of shadow on a mostly sunny weekend in the west.

Temperatures remain in the teens this weekend and a few highs will not reach above 10 degrees around the southern and eastern interior of South Africa.

Saturday will be very Gordhan, so bitterly cold as we head to Sunday night’s likely family meeting with President Ramaphosa, temperatures will improve slightly.

Hopefully, a positive foreshadowing of what he may say about the lockdown, and perhaps the chance of getting a drink. After all, we may all need a double scotch and some happy time out after the past few weeks of nonsensical national malaise.

Restaurant owners will be the happiest. Mango staff, still hopeful that a family meeting will not be the only thing that the president has to say in the next couple of days.

They are still waiting for Ramaphosa to respond to their cries for help a few weeks ago.

Weather is supplied by the People’s Weather Channel. It’s a 24/7 weather, environmental news and lifestyle channel. Available on DStv Channel-180 and Openview Channel-115