Eric Tinkler saw his team crumble in front of is eyes the same way that Kaizer Chiefs did when his Maritzburg United side took them apart last Sunday. 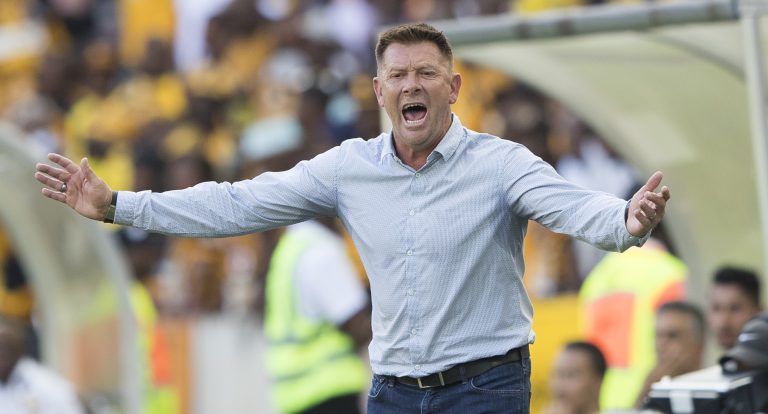 The Team of Choice were a different team as they fell victims of SuperSport United in a 2-0 defeat at home on Wednesday night.

READ: SuperSport cling on to third sport after defeating Maritzburg

This just two days after they gave a gallant performance against an in-form Chiefs side who they pushed out of the Telkom Knockout with a 2-1 beating to book a place in the final on December 14.

“We weren’t great. Its as simple as that,” admitted Tinkler after the match. “We didn’t deserve to collect the points. We didn’t create enough in the final third. I don’t know if we played with the right intensity. It’s a massive three points lost at home,” he added.

He also admitted that such a response after a big win can be expected although it should not be.

“You kind of expect it because it has happened before and you see it week in and week out not only South Africa but elsewhere as well. Getting the guys back into the frame of mind obviously proved very difficult because we didn’t play with the intensity we wanted.

“We have got to roll up our sleeves, that is all we can do. This one we have to take on the chin and it brings everybody back to the ground. We just have to move on.

“I don’t see it as a blessing in disguise, not at home. We need to win home games. We can’t allow teams to come here and dictate play like they did especially in the first half,” he said.

He said he spoke at length to the players about letting the win against Amakhosi to go to their heads.

“You try and remind them and I have done that since the game against Chiefs ended, that there is no time for celebrating. We will celebrate when we have won the cup, we haven’t won anything now. You make them aware. You hope it is not sitting on the mind but whether it is there or not I can never know,” he said.