Mphela not impressed with level of scoring in PSL

Mphela says had he been still active, he would have easily banged in no fewer than 20 goals this season. 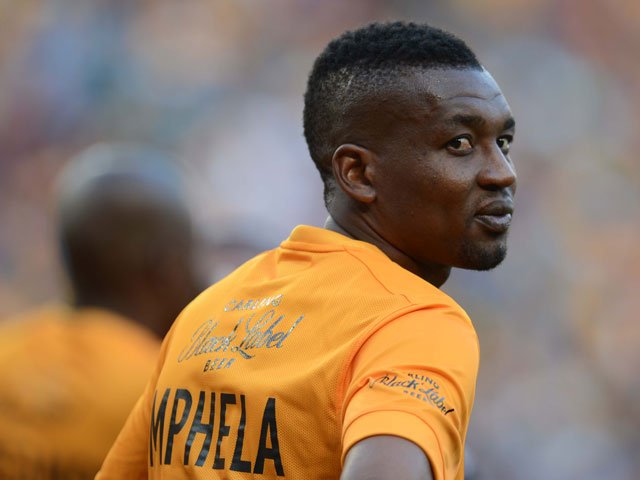 In his heyday, Katlego Mphela was nicknamed “Killer” because of his killer instinct in front of goal when he turned out for sides such as Mamelodi Sundowns and SuperSport United and was a regular starter for Bafana Bafana under then coach Pitso Mosimane.

Mphela is one of the 14 South African-born strikers who have won the Lesley Manyathela Golden boot when he netted 17 goals in the Absa Premiership in the 2009/10 season. Ever since that season, only Knowledge Musona matched that feat the following campaign and Siyabonga Nomvethe scored three more the year after.

“Killer” is not impressed with the level of scoring, or lack thereof, as the current leading goal scorer, Gabadinho Mhango, sits at 14 goals so far. The 35-year-old says had he been still active, he would have easily banged in no fewer than 20 goals this season.

“Scoring depends on many factors, it depends on which team you are playing for and the kind of players you have around you but if chances are there, I think I’d score 20 goals easily because of my ability. I believe in working hard, I’d always do extra training and when I get to the match, it was much easier,” said Mphela.

“Strikers are judged for scoring goals and I don’t think the strikers are doing okay. You can work as hard as you want but if you do not score goals, it is difficult. The guys need to go back to the drawing board and work harder.

“To score goals you need to do some extra training, you cannot wait for the coach to teach you and wait for the match to come, they need dig deep and start scoring goals,” added the former Kaizer Chiefs striker.