“For goalkeepers, we haven’t had anyone from the development structure of the team. Senzo was the last one,” Innocent Mayoyo told Phakaaathi. 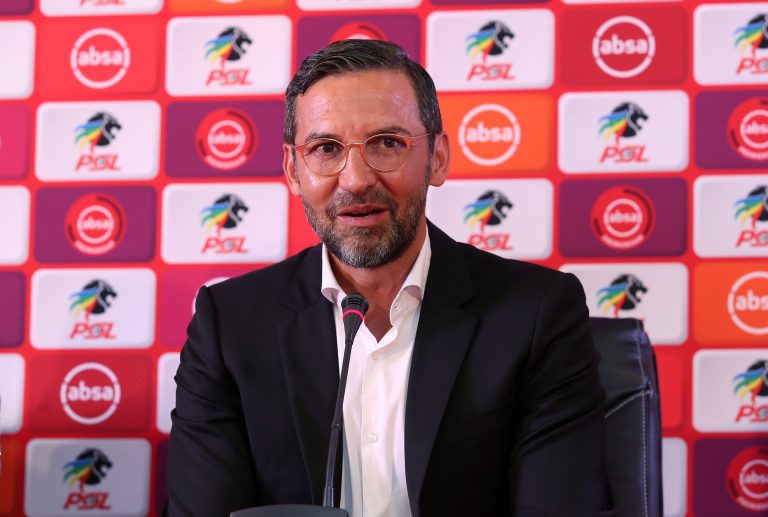 Pirates unveiled Deon Hotto, Thulani Hlatshwayo, Wayde Jooste and Terrence Dzvukamanja as their new signings before the start of the 2019/2020 season.

Although Mayoyo believes in the new recruits he says he would have loved to see a few players from the Buccaneers’ development structures feature on the list on new first-team recruits.

Mayoyo says the culture of the club is at risk if management continues to sign players who have already made names for themselves playing for other teams. The former goalkeeper believes having players from the development structures could help the club win trophies again.

“For goalkeepers, we haven’t had anyone from the development structure of the team. Senzo was the last one,” Mayoyo told Phakaaathi.

“I am worried about that because since Senzo we haven’t had one trusted number goalkeeper. We have been changing replacing, signing the releasing one after another goalkeeper. Its only last season that Sandilands really put his hand up and made the position his.”

The 46-year-old development coach says promoting more development players goes beyond the success of the club as it widens the pool for the national team.

“How many South African goalkeepers do we have that are first choice keepers at PSL clubs and could get into Bafana Bafana. Some of the top keepers can’t help Bafana Bafana because they are not South African. Promoting players the same way we did with Senzo, Chiefs did with Khune and Khuzwayo … we need more for the future. So its not just about clubs winning we also need to bring in development.”