Matsatsantsa A Pitori host Bloemfontein Celtic at the Lucas Moripe Stadium this evening. 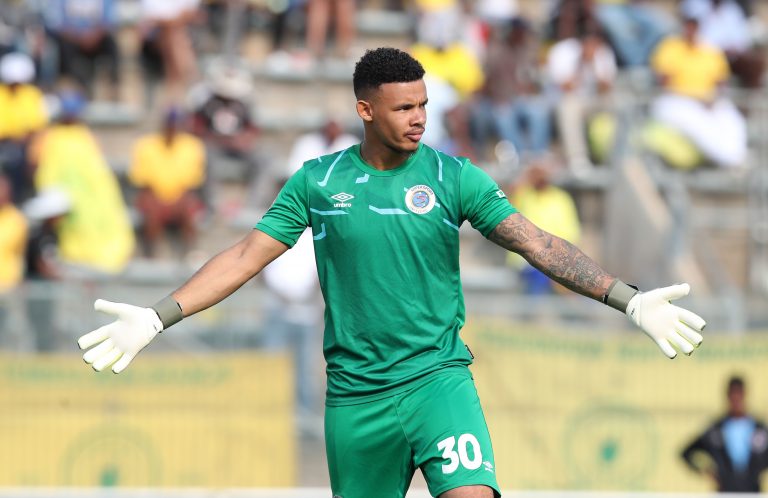 Ronwen Williams usually barks instructions and takes leadership of SuperSport United on the pitch from the back where he prides himself on clean sheets, of which he has registered two so far in the DStv Premiership this season.

His latest clean sheet came in a 3-0 win away to Baroka FC last weekend where he had to produce a fine penalty save in the dying moments of the match.

Williams will be hoping for the same this evening when Matsatsantsa A Pitori takes on Bloemfontein Celtic at the Lucas Moripe Stadium.

“We came off a good result away from home and scored three goals. The main thing was keeping a clean sheet because we pride ourselves on our defending and for most part of the season we have not done that, we conceded a lot of sloppy goals and we have been working on it so it was wonderful to get a clean sheet, not only for myself but for the whole defence and team because we work hard for it and to finally seeing it paying off is a good feeling,” said Williams.

The last time the two sides met Siweele beat Matsatsantsa 1-0 in the second leg of the MTN8 semifinal. That result was preceded by three 1-1 draws before and Williams hopes for a different outcome today.

“Celtic have taken a lot of points off us in the past few seasons. They have got the experience as well as the youngsters. They have got a good bunch of players that have caused us a lot of upsets in the past. It is our home game, we have to show them that we can beat them, they are beatable, we have beaten them in the past and we have seen them lose games before. We have to learn from the previous mistakes that we made when we played them and hopefully this time we can get maximum points,” said Williams.