“It's not over. We still have the second leg to play. They are likely to come hard at us and will be looking to rectify their mistakes from the previous leg,” the midfielder told the club’s website. 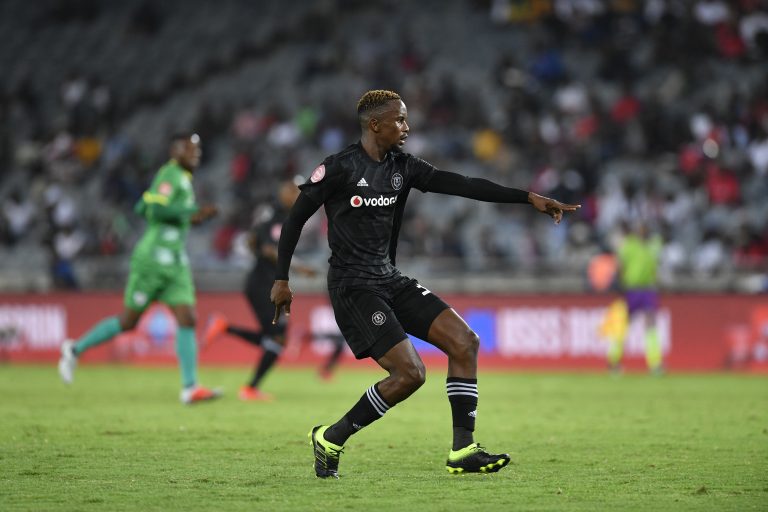 Orlando Pirates midfielder Linda Mntambo is expecting Jwaneng Galaxy to come out with guns blazing when the sides meet in the second leg of the Caf Confederation Cup at the Orlando Stadium on Sunday.

Mtambo played a key role for the Buccaneers in the first leg against the Botswana outfit, scoring one of the three goals which saw the Soweto outfit walk away with a 3-0 victory in Botswana.

“It’s not over. We still have the second leg to play. They are likely to come hard at us and will be looking to rectify their mistakes from the previous leg,” the midfielder told the club’s website.

“Being three-goals up puts us in a good position, but we still have to keep the same mentality, keep the same hunger, and make sure that we win.”

The midfielder has been mostly used as a substitute by head coach Josef Zinnbauer, but was included in the starting line-up in the clash against Jwaneng.

Mntambo says his patience and hard work is paying off.

“As for myself, I’m really happy that all the hard work I’ve been doing on the side is really paying off, along with the patience that I’ve been having,” he added.

“I’m a person who is always patient, I always wait for my time, and when the time came, I’m happy that I was able to deliver a good performance. To top it up with a goal was just a bonus.”

The former Jomo Cosmos and Chippa United player will be keen to be included in the starting line-up again for the return leg.