The game had ended 2-2 after regulation time and none of the teams could win it in extra time and had to be decided through the penalty shootout. 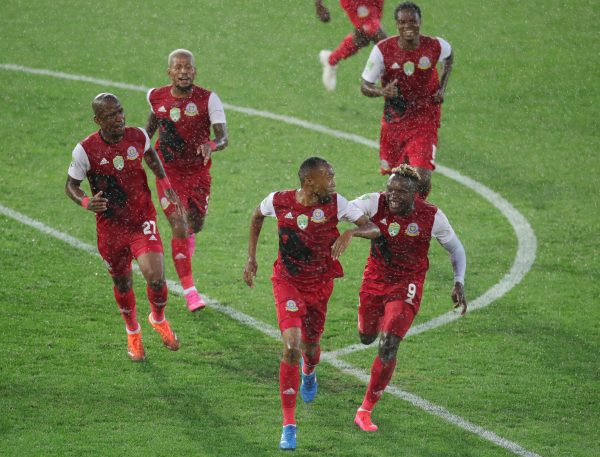 Misses from the penalty spot by Swallows’ veterans, Vuyo Mere and Musa Nyatama were enough to see Tshakhuma Tsha Madzivhandila go through to the quarterfinals of the Nedbank Cup, winning 4-3 in the penalty shootout at the Peter Mokaba Stadium on Friday night.

The game had ended 2-2 after regulation time and none of the teams could win it in extra time and had to be decided through the penalty shootout.

Tshakhuma were perhaps deserved winners having produced one of their best performances and showed their intentions early in the game played under difficult rainy conditions.

Rhulani Manzini had an excellent chance to put Tshakhuma ahead in as early as the fourth minute when an attempted back pass from a Swallows player fell kindly in front of him, setting him through on goal. His attempted curl over an advancing Virgil Vries however didn’t go as he would have hoped and sailed harmlessly wide.

But Thabo Mnyamane didn’t make the same mistake, putting the home side – who were impressively adventurous in their display – ahead in the 18th minute with a brilliantly taken free kick.

They kept pushing for more and could have got one, and were also denied by the upright in the 36th minute with Lehlohonolo Nonyane’s header having beaten Vries.

Swallows also came close with Kgaugelo Sekgota trying to beating Washington Arubi with a long range effort from a free kick, but the keeper tipped the ball over.

With two minutes to the end of the first half, Swallows struck through defender Sipho Sibiya who turned in a header from a corner.

The home side had a good start to the second half and Manzini put them ahead juts four minutes after the restart.

But Swallows showed their resilience yet again and Vuyo Mere – who was captain on the day as Lebogang Mokoena started from the bench – equalised with 15 minutes to the end.

With the game on referee’s optional time, Sekgota missed the easiest of chances he might ever get, sending his effort from just in front of goal wide.

At the end of the first half in extra time, Sifiso Hlanti conceded a penalty as he brought down Joseph Molangoane inside the Swallows box. But Vries managed to parry Meshack Mhangule’s effort away from the resultant spot kick. 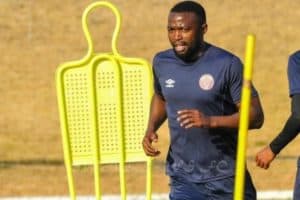 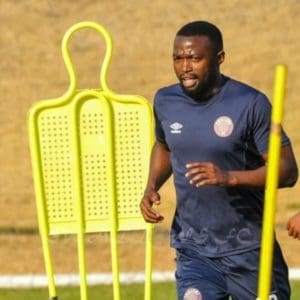