'Dlamini .. is a top player,' said the Buccaneers head coach, after he came off the bench to grab a goal and an assist against Maritzburg. 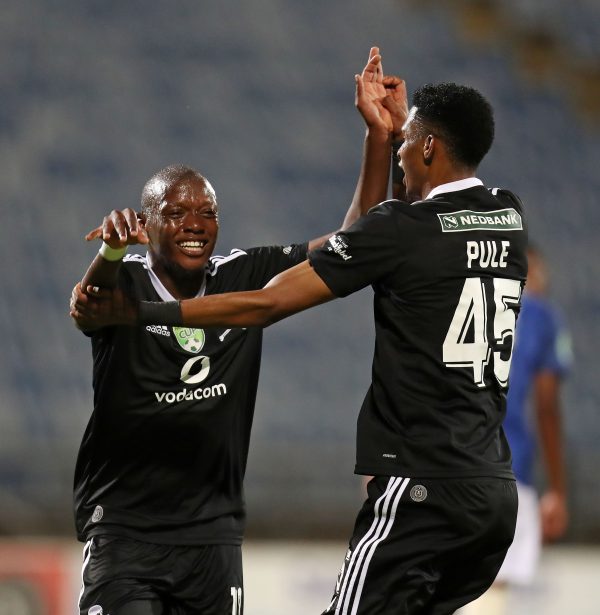 Josef Zinnbauer praised Kabelo Dlamini after the Buccaneers super-sub came on to help Orlando Pirates produce a fine second half comeback and beat Maritzburg United 3-1 to reach the Nedbank Cup quarterfinals at the Harry Gwala Stadium on Saturday.

“Dlamini is a player who only needs a small space (to move in), he is a top player … and he can score,” Zinnbauer told SuperSport TV, after Dlamini had equalised for Pirates, albeit via a huge deflection off Clayton Daniels, and then set up Deon Hotto to put the Buccaneers in front seconds later.

“He has been out for a long time, and has been closer and closer to getting in the squad. Now he is in the team … he did well and we are happy.”

This was Dlamini’ first goal of the season for Pirates, and only his third in all domestic competitions since joining from Bloemfontein Celtic at the start of last season.

Vincent Pule added a third in the 78th minute against Maritzburg to put some gloss on the scoreline and Zinnbauer praised his team’s second half display.

“It was not easy, we know Maritzburg are not a bad team,” said the Pirates coach.

“They have had good games in the past and been a bit unlucky not to score. We made a mistake in defence (for Thabiso Kutumela’s opener) and they made the space very tight. In the first half we were not in the game as much. We had a lot of good attacks but when we came into the final third, the decision-making was not right.

“At half time we spoke about this and changed the system a bit and it was better. Dlamini came in and scored … we were able to take control and lead the game and win. It was tough but deserved.”