Zinnbauer was not a happy with his team's display during the 1-0 win over Bloemfontein Celtic in a midweek league tie. 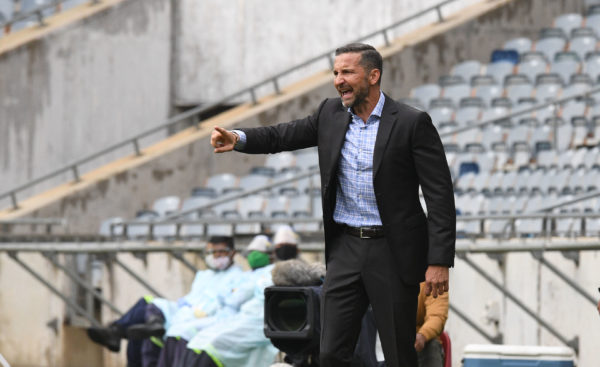 Josef Zinnbauer will be hoping his charges have made good recovery ahead of their DStv Premiership clash against Chippa United at the Nelson Mandela Bay Stadium on Saturday.

ALSO READ: Lentjies unfazed by another ‘tough’ encounter against Pirates

Zinnbauer was not a happy with his team’s display during the 1-0 win over Bloemfontein Celtic in a midweek league tie.

The Bucs coach cited fixture congestion being the reason behind his players tiredness and lack of energy, with the club still in the running for the Nedbank Cup and Caf Confederation Cup titles.

And with Bucs also still in the running for the league title, Zinnbauer is eager for maximum points against the Chilli Boys.

“We know Chippa are a difficult side to play against from our past games. They are a fighting team, especially at home. They are a team that wants points, they have good tactics. They work in defense and offense in good tactical aspects. The coach has done some good work (with the team). It’s very different against Chippa, it is a very important game for us. I hope the team understands this. I hope the team has made good recovery in the last two days because you need full energy against Chippa.”

Zinnbauer is delighted to have some of his players back, especially strikers. However, this will turn out to be an interesting selection headache for the 50-year old.

“We gave them some minutes and we are happy with these players. Maybe Terrence Dzukamanja can come back on Saturday, Thembinkosi Lorch also, but Thabang Monare is coming back and we will have a lot options for this game. Nkanyiso Zungu will surely be back and that will give us options as well, and we will see who is the best player to play against Chippa. Who is fresh, who is not injured, who feels good or bad, I don’t know we will see.”

And while Bucs will be welcoming back some players from the injury list, Chippa’s key player Andile Mbenyane is doubtful for this tie with the striker having scored three goals in 10 matches.

The striker had to leave the field just 30 minutes into the game in their previous match against Cape Town City which ended in a goalless stalemate.