If Kutumela joins Sundowns, what can we expect?

The attacker, who has enjoyed a revival at Maritzburg United, would seem perfectly suited to Sundowns' style of play. 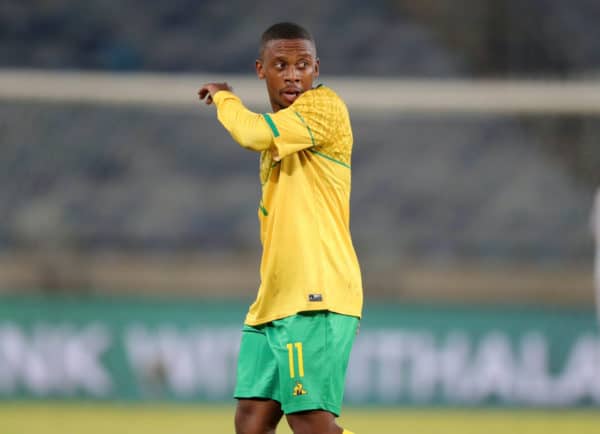 If Thabiso Kutumela does indeed join Mamelodi Sundowns, and all indications are that he is headed to the capital city, he will not necessarily offer them something completely new, as Masandawana boast of all sorts of talents in their locker.

Kutumela will, however, enhance what Downs already have and every time the Chloorkop-based side lures a top class player to their camp, in a position they seem to have covered, it is always with the Caf Champions League in mind. .

We can credit Orlando Pirates and the Brazilians, who have made playing in the Champions League fashionable, while their co-heavyweight, Kaizer Chiefs, have now jumped on the bandwagon and made the final, where they will face Al Ahly this month.

It goes without saying that Sundowns are working around the clock to settle personal terms with the Maritzburg United captain and he could be unveiled in a yellow jersey any time soon. But what he add to Sundowns? We take a look.

Peter Shalulile and Themba Zwane are the only players who managed to reach double figures in terms of goals this past season, effectively carrying most of the load and responsibility. The addition of Kutumela will come in handy as he netted 12 goals in the DStv Premiership last season, and was also a nominee for the PSL Footballer of the Season and DStv Premiership Players’ Player of the Season award alongside Zwane and Shalulile.

Kutumela strikes one as a player who can easily blend into Sundowns’ style of play, popularly known as ‘piano and shoe-shine’. He has the flair that is required to execute that kind of football as he is not a traditional striker who sits up front, holds up play and expects the ball to be fed to him. They already have that in Mauricio Affonso and Gift Motupa, who are not really ball-players.

When Kutumela was discarded at Pirates in 2019, he went to the Team of Choice, but it was only now, in his third season that he turned up the volume on his performance and became the talisman that has attracted Downs and Durban outfit AmaZulu, who have also shown an interest in his services. After a questionable three-year stint with the Buccaneers, the 28-year-old has redeemed himself at United, but he could want to prove his worth in a big team, and that could only mean good things for Masandawana.